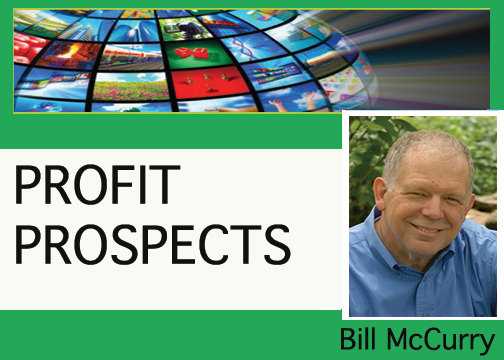 Experts say the Christmas season should be strong, up by 3.5–6%. Kiplinger, Deloitte, CNBC, National Retail Federation, etc., are all upbeat on profit prospects. Their tailwinds include Christmas being Monday—one extra shopping day after Thanksgiving!—and upbeat consumer sentiment.

The imaging industry doesn’t mimic consumer spending as it once did. Holiday film processing no longer balloons December 26th. In addition, open-me-first cameras are called “phones.” A vibrant holiday forecast is more accurately based on “5 Points of Observed Enthusiasm” at the recent PRO convention. PRO is a buying group for U.S. photo specialty retailers. Besides major manufacturers’ programs, PRO also owns the ProMaster brand, sold by retailers in Australia, Canada, Costa Rica and the U.S.

1. PRO convention enthusiasm was so obvious and potent it was widely discussed. Retailer attendance was high. Educational sessions were also often overflowing. The enthusiasm for new locations/remodels by Fort Worth Camera, Tuttle Cameras, Corpus Christi Camera, Mike’s Camera, Dodd Camera, ProCam as well as others was infectious. These retailers showed their optimistic outlooks by investing in their futures.

2. Trade show orders were the biggest positive indicator. “Traditional” vendors I talked to who had aggressive pricing/dating broke their prior convention records. Furthermore, indicative of our new world, those manufacturers who didn’t provide adequate incentives to “order today” wrote less business. It wasn’t a rejection of those vendors. It was a judicious allocation of retailer cash available to capitalize on buying opportunities. Cash flow is always an issue.

Dating availability this year seemed greater than past shows. It was clearly rewarding for those vendors who offered a financially realistic program. A trend perhaps? Moreover, most retailers find giving up 1% or 2% for a month’s dating is financially unrealistic.

Generally, dealers who evaluated these expensive dating programs bought way less than they would have if more realistic dating terms had been available. Dealers weren’t buying recklessly. They were buying intelligently, keeping options open, relying on manufacturers to have product when needed later in the season and more than willing to ante up when the economics validated their investment. All are indicators of a good season ahead.

3. ProMaster introduced dozens of products, many more expensive and of higher quality than earlier products. This reflects PRO director of Product Development Paul Orzel’s passion for photography. Dealers placed significant orders for the newer, higher priced products, confident their customers will step up to them.

4. In addition, PRO brought on board many new brands for member buying opportunities. Some will be distributed through the PRO warehouse; others will be fulfilled directly by the manufacturer. New product orders exceeded the most aggressive expectations, another key indicator the attendees were optimistic about the upcoming season.

Mike’s Camera and Midwest Photo shared their organizations’ experience with Portraits of Love events. The goal is to provide U.S. soldiers with portraits of their loved ones. It’s the imaging industry’s way of giving back with gratitude to those who defend our country. Organized by the Imaging Alliance as well as the USO, the original vision was to have local professional photographers shoot pictures of military personnel’s kids and family members.

In addition, the alliance has recently brought local retailers into the program. Beyond the warm feelings of connecting people through pictures, these retailers found most of the service personnel and their families had never been in their stores.

One participant at Midwest Photo returned with three SLRs to sell. He didn’t know anyone in town bought cameras until he had his picture taken at Midwest. A poignant moment happened when an 11-year-old boy, photographed at Mike’s Camera, was given a print of him with his mother. He had never before seen a printed photo of himself.

5. Scott Farber (Hunt’s Photo & Video), Meredith Reinker (Roberts Camera) and also Jirair Christianian (Mike’s Camera) were all recently elected to the Imaging Alliance (TIA) board of directors. Moreover, following the Portraits of Love presentation, the trio updated other projects TIA had completed and its plans for the future. PRO members were encouraged to join TIA. Dozens of PRO members signed up.

Marketing is a huge topic at PRO conventions. Wedding photographer/coach Heather Lahtinen (www.Flourish.Academy) spoke of how retailers can engage niches by focusing on providing information and authenticity. Working with YM Camera, Lahtinen draws wedding photographers from hundreds of miles around to the store based on Facebook and other social media outreach.

In addition, MacKenzie Hughes shared how Fort Worth Camera has recruited skilled professional photographers as “ambassadors” to support the store’s educational programming and awareness among Texas photographers.

The global economic trends will be a nice boost. This season’s real success will come from the independent photo specialty retailers who are excited, prepared and stocked to provide the best products, sharpest prices and outstanding service to their customers.

Good selling to all!

Editor’s Note: Bill McCurry and his family have had a relationship with PRO going back to the early 1960s. PRO currently is a client of McCurry Associates.

Opinions expressed in this column are those of the author and do not necessarily reflect the opinions or policies of Digital Imaging Reporter. You can contact McCurry at wmccurry@mccurryassoc.com or (609) 688-1169 with questions, comments or ideas for future columns.