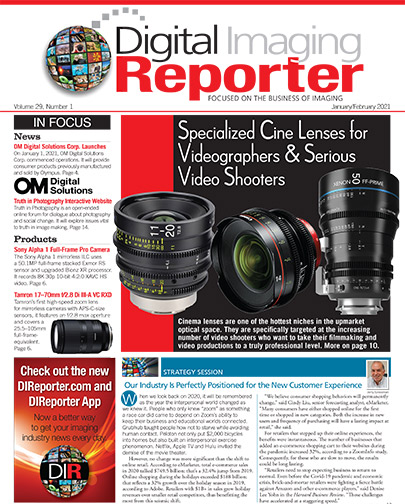 We are happy to bring you once again our CES wrap-up issue. It is something we’ve been doing since Alan and I bought this publication back in 2005.

I remember our first CES as owners; we waited on a long line at the Venetian to see the Bill Gates keynote address (he was the rock star back then). Afterwards, we ran back to our hotel to file the story for our second daily that would publish in the following 12 hours (followed by our third convention daily the next day). Talk about adrenaline!

CES has continued as the defining consumer electronics event over the years; however, its focus on the imaging industry has waned. After the failed PMA@CES experiment, it seemed like much of our industry was swallowed up by the sheer size of the convention.

I have to admit that the stalwarts, Sony, Canon, Panasonic and Nikon, have continued to use CES to display their might in creative ways. Moreover, their booths have always been impressively packed with loyalists and international visitors. But CES as a gathering spot for our industry just isn’t the same as it once was.

The CES That Wasn’t

This year, the Consumer Technology Association (CTA) did its best to keep CES relevant despite the pandemic. I applaud them for their efforts. The digital deliverables were impressive. Furthermore, those of us who spent the time online were rewarded with news and new product “demonstrations.”  But of course, it still felt like the CES that wasn’t.

Additionally, it will be interesting to see if the world all of a sudden gets comfortable with not fighting the crowds and insanity of Las Vegas during the first week of January and accepts digital news gathering as the future.

In many ways, I hope not. In addition to being at the live event, the opportunity to see old friends, give a few hugs and also have that 10-minute face-to-face conversation that serves to reset the relationship is always worth the trip. Also, CTA has already announced that CES 2022 is planned as both a live event and a digital experience; so, we will see.