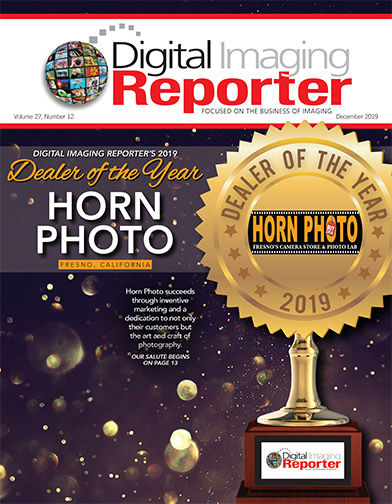 We had a very interesting discussion at the last Imaging Alliance board meeting around a hot topic. It was the real camera versus the smartphone debate.

The discussion centered around whether our industry should be promoting “real cameras” as superior to smartphones. The current Imaging Alliance industry campaign presents the premise that “Real Memories Deserve a Real Camera,” followed by #dontphoneitin.

Half the room felt this was a strong campaign. However, another faction remarked that millennials and younger customers (and salespeople) were “insulted” that the campaign didn’t recognize their smartphone photos as “real memories.” They claimed there is no need to denigrate smartphones in lieu of real cameras.

As the editor in chief of Digital imaging Reporter, I have rather strong views on this. My belief is that if we do not promote the fact that “real cameras” are better than smartphones, then who will? I referenced a current campaign for the Google Pixel camera; it shows Annie Leibovitz shooting portraits with her phone. Apparently, they’re now selling their phones as professional cameras.

However, I’m also clearly not a millennial. But I am very interested in the opposing point of view: that so many memories are now taken with smartphone cameras and we shouldn’t necessarily denigrate those cameras; so many people depend on them for their everyday photos.

The advantage of being both the editor of this magazine as well as the executive director of the Imaging Alliance is that I can ask this question to my readers to get the pulse of the industry. So I ask you to respond to this question: How should we, as an industry, respond to the smartphone phenomenon?

Please send your thoughts to me at jgrossman@photoreporter.com. Let me know if you would prefer to remain anonymous. I will publish the unbiased results in an upcoming issue.