The first thing I noticed when I began researching the ALLie camera was their URL: it’s ALLie.camera (no, that’s not a typo). Talk about commitment! But that’s not the only thing about this new entry into the photography market that is going to change the way people think about 360º possibilities.

Born as a home m

onitor on steroids, the ALLie camera has taken 360º monitoring to a whole new level—and quite frankly has created a new opportunity in the photo retail space.

“There are a few interesting 360º cameras on the market today,” said Mark Sherengo, ALLie’s recently named vice president of Sales and Marketing. “But most of them are event driven. You would probably only use it once in a while when your event is ripe for a 360º experience. But our camera is all about being on all of the time.”

With a background in security and surveillance, ALLie is not a newcomer to the imaging industry. “Our company took a knowledge of surveillance, 360º video, and the ability to stream live and translated it to the consumer market,” he said.

The ALLie camera, which takes 360ºx360º spherical video, was originally thought of as an always-on home monitoring camera. Using AC power, it can be used as a 24-hour live streaming camera. This takes it a step above your typical room monitor. The real advantage is its streaming capabilities, which allow owners to scan a 360º view of a room in their home in real time.

“If someone is worried about their children, or their elderly parents or their pets, or if they just want to keep an eye on their home while they’re on vacation, they can check a live feed on any smartphone or computer at any time,” explained Sherengo. “Imagine the peace of mind people can have with that kind of technology. And because it runs on AC, it never runs out of power.

“But the ALLie camera’s unique benefit is as a YouTube VR (virtual reality), single-button broadcast camera. Using its live streaming capabilities, consumers can set up a channel on YouTube, bring the camera into their family room and broadcast a party in 360ºx360º live. This ability enables others to experience the event right along with those in the room. All with one touch of a button.”

The ALLie camera has altered the notion of a 360º spherical camera as an action cam. “It’s really the flip side of the 360º market. Most other cameras depend on you taking the camera out of the house to record an event. Our strength is in keeping it in the house and taking your own event, like an anniversary party, and broadcasting it live. It’s still action, just a different take on it.

“ALLie has taken the immersive experience of 360º video and married it with the notion of sharing that is so popular today,” added Sherengo. “For example, with our YouTube experience, a soldier across the world can experience his three year old’s birthday party as it’s happening, and see everyone in the room from anywhere on the globe with a wireless connection.”

The ALLie camera is also the only camera in the world that can live stream in virtual reality. The ALLie VR headset is compatible with all smartphones ranging between 3.5 and 5.7 inches in screen size. The phone sits snugly behind the front cover of the headset. The ALLie VR app and built-in optics come together to display immersive VR video streaming from the ALLie camera, as well as 3D movies, gaming and personal videos.

Sherengo sees an opportunity for the photo retail market to attract an entirely new kind of consumer. “Think of the many consumers who are out there buying home monitors. They now have the opportunity to buy a live streaming camera that can also give them peace of mind, like consumers who are concerned about their children or their elderly parents.

“This represents a new opportunity for the photo retailer, who can enter the monitoring market and at the same time enter the exciting live VR arena. They can also explain the added benefits of live streaming for other purposes. Think of it as a new home broadcasting market, with all of the new opportunities that it can present.”

The ALLie camera retails for $499 in either black or white versions. It can be hardwired for 24-hour use or can be sold with an AC adapter so that owners can move the camera around the house. The camera can also use third-party batteries if no AC outlet is available.

Those dealers interested in finding out more about the ALLie camera can contact Mark Sherengo directly at dealer@allie.camera. 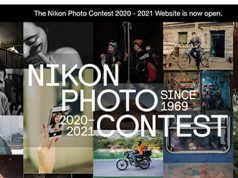 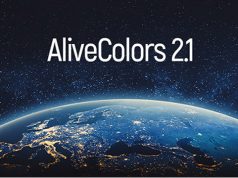