There’s been a lot of healthy debate recently among members of the Imaging Alliance as to what constitutes a “real” camera.

The discussions began as we contemplated the challenge of getting people to understand that most smartphones are, in addition to being a communication device, pretty darn good cameras. They certainly do the job of capturing day-to-day moments that are easily shared on social media or via peer-to-peer messaging. We’d be hard-pressed not to call them “cameras.”

But in trying to draw a contrast between smartphone cameras and DSLR and mirrorless cameras, there is a clear delineation between the two categories.

Smartphones take pictures. They can do a lot of things that “real” cameras can do.

But there are SO many pictures that “real” cameras can take that smartphones can only dream of capturing. That’s because smartphone cameras don’t offer these advantages of “real” cameras: Being able to quickly change shutter speeds. Shoot bursts at 10 frames per second. Focus tracking. AE lock. Rear curtain sync. Use incredible glass with focal lengths from fisheye to 600mm and beyond.

So should we really call a smartphone camera a “real” camera? 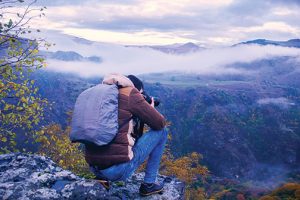 And then there are Steinway and Yamaha baby grand pianos. As a piano player myself, I can tell you there is just no comparison. The Steinway is a “real” piano! The electronic piano is just a piano. You would never put the word REAL in front of it.

I believe that we, as an industry, need to take a firm stand on the smartphone versus “real” camera position. Smartphones are great cameras for so many reasons. They offer the opportunity to always have a camera with you. They’ve introduced photography to kids as young as 12 years old, who, in years past, might not have handled a camera or taken a picture until they were out of high school. They make it easy to share and save memories. And, we all must admit, they can take damn good pictures.

And if Apple or Samsung want to challenge us (which I don’t think they would), then bring it on! We’ll put a “real” camera up against a smartphone camera any day of the week and blow it away. This is not a false claim.

As an industry we need to show people what they are missing by not using a “real” camera. Smartphones take great pictures. However, “real” cameras take different kinds of pictures that smartphones cannot.

If your kids or grandkids are on the soccer field or in the outfield, a smartphone might capture a wide angle of the team. A “real” camera can capture the sweat coming down your kid’s cheeks from across the field—or the second baseman taking out a runner sliding into the bag.

If you’re at a school concert and your child plays first violin, when the lights go down your smartphone might take a great shot of the entire orchestra. A “real” camera can perfectly focus on her chin resting on the corner of the violin as her bow glides across the strings.

You see a bald eagle in the sky. Your smartphone might, if you’re lucky, capture a spec among the clouds. Your “real” camera will capture the bird in flight as well as contrast the colors of its wings against the blue sky.

I can go on and on. And we should.

Our industry should tip our hats to the smartphone camera and thank it for enabling people to take pictures all day long. But we should never think for a minute that it’s a “real” camera, because that only denigrates the incredible technology that has kept our industry alive for so many years.

So the next time someone pulls out their smartphone on the ball field, turn to them and say: “If you like that camera in your hands, you should try a REAL camera!” Then lift your “real” camera with your 70–300mm lens to your eye and fire away. And feel free to smirk. #realcamerasrock