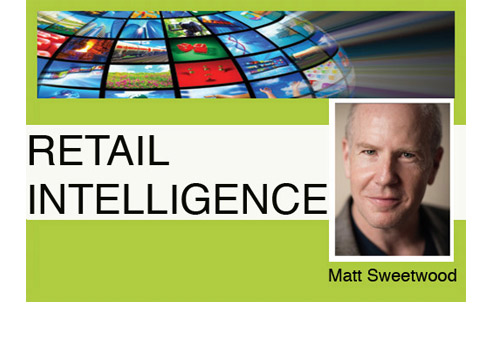 Every transformational and successful business starts with a winning business idea. That’s also true for businesses that reinvent themselves. But it’s not easy to come up with one that will lead you to the promised land.

How many times have you seen a new start-up and think to yourself, Wow, why didn’t I think of that? Personally, every time I use Uber, I think exactly that.

If only it were as easy as it looks. When we see others who are crushing it in their business, those of us who have yet to come up with our big idea are left to wonder. How did they do that, and can I get some of their magic?

I thought carefully about what was the most important idea that drove the reinvention of my business and led us to huge success—despite a combat-like business environment. And it had little to do with the actual products or services we were selling.
Focus on the Customer Experience

In 1999 my company, Unique Photo, was one of the largest wholesalers of photographic supplies in the country. We accounted for 5% of all the single rolls of film sold in the country. Our customers consisted of small stores located in all 50 states. We were the middlemen to camera stores, one-hour labs, drugstores, convenience stores, gift shops and any retail store that sold film and other photo accessories. 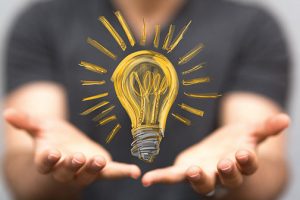 By 2006 Unique was failing, despite the fact we were selling high-quality products from Kodak and Fujifilm, as well as Canon and Nikon film cameras. Digital cameras had replaced film cameras at a meteoric rate and were being sold everywhere. This was driving margin to near zero. Film sales went to near zero.

The small stores were being bought out by large chains or being put out of business by them. People started buying on the Internet, and Amazon started taking over the photo business. The number of camera stores decreased from more than 10,000 to a few hundred. Moreover, there were very few that were still profitable.

Our customers were going out of business, and our product was losing margin. Furthermore, our competition was growing in number, capability and size. I had to do something, or my 60-year-old business would also be done. However, I had a new idea that was completely centered on the customer experience. This concept was new to the photography retail business, which for 50 years sold off the idea that the products were great and only the price mattered.

So in 2008, I opened a 5,000-square-foot retail camera superstore. Most everyone thought I was either crazy or a fool or both. But my store was all about the retail experience. I built a photography education program in the store. This created a retail experience that was engaging, entertaining and, most important, brought people back into the store repeatedly. Educating our customers changed the relationship we had with them—from a salesperson–customer adversarial interaction to the more trusting teacher–student interaction.

The store staff were all photographers, as opposed to salespeople; the store looked like a high-end jewelry store with lots of light, color and high ceilings. I even put a gourmet coffee bar in for customers to hang out. And as company president, I spent a significant amount of my personal time on customer service and their experience. My mandate was to make sure no customer left the store without being 100% satisfied. If for some reason they weren’t, we fixed the problem as soon as possible.

Our store transcended the pricing model of the past and created an experience about photography and service. Within five years we became a highly recognized brand (more than 50% of local residents and 80% of photographers) for camera equipment. In addition, we became one of the largest, single-location camera stores in the country. In 2013, we were picked as the Dealer of the Year by DIR magazine.

Moreover, our education program became the largest and most successful of its kind. In fact, other stores frequently copy it across the country. Also, I got to exit that business in 2015 with a big smile on my face.

There is not just one way to come up with a winning business idea. However, we can learn that focusing on the experience of the customer or client, even more than the product you are going to sell, can allow you to hit it big.

Of course, the only way to be successful is to take that risk with your new idea and go for it. So, do it now. What are you waiting for?