“In the early 1970s, my dad was a big photo enthusiast; a friend of his who worked with Honeywell helped him get a Pentax camera,” said his son, Jim Yankush. “Then he got one for his friend; before you know it, he was marking up Pentax cameras and had an exclusive Pentax camera store. That’s how his microfilm business became a camera business.”

YM camera (renamed from Youngstown Microfilm) is a great example of how three generations of ownership reflect the changing generations of customers. Today, Pete’s son Jim is winding down at the store while he watches his son Robby reinvent YM to adapt to the challenges that are affecting local businesses in the face of online competition.

“I started working in the store when I was in high school in the late ’70s,” said Jim. “But while my dad was a photo enthusiast, I was more interested in the business of photography. I think that Robby, while great at business, is more interested in the challenges of social marketing. He has taken it upon himself to adapt our business model in a very successful way.”

Passing the business to a third generation wasn’t a given. Robby caught the bug in middle school and spent most of his holidays working in the store, learning the ropes from the inside out. “I’d work here in the summers and hang out in the photo department,” said Robby. “The staff members were like brothers and sisters to me growing up. I also loved hanging out with my dad and watching what it took to run a business.”

Turning Point: The Next Generation

Robby had a job offer after college and was all set to live in Cleveland when his dad made him an offer he couldn’t refuse. “I had lost a key manager, and I knew that while Robby didn’t have to come back to YM, he would be great for us,” said Jim. Robby packed his bags and moved back to Youngstown to join the family business full-time.

“I realized that maybe without me, there wouldn’t be a family business,” explained Robby. “I knew I had an opportunity to work with my father, which would be a privilege and an honor. Also, I wanted the responsibility for not only extending our family legacy but also, more important, working with him to recreate YM camera and prepare us for the next generation of what’s to come in the photo industry.”

“Early on I gave him a lot of rope to make mistakes and be creative,” added Jim. “Before you knew it, he started doing things I could never have dreamed of. I realized that if you’re running a business and the world is changing around you, it helps to have someone around who gets it.”

In speaking with Jim and Robby, I couldn’t help noticing the mutual respect and admiration they have for each other. They both talked about family but also a friendship that has become a hallmark of the company.

“We work together every day, and sometimes on the way home he’ll call me and we’ll talk some more,” said Jim. “I’m still the dad, but you get into a friendship somewhere, too; it’s a cool thing. Of course, we disagree on certain business things, but we always come to a happy medium.”

Moreover, the positivity of their relationship filters down. “People see how well we work together in the store,” said Robby. “As the quintessential son coming into the business, I knew I had to prove myself. I learned so much from him, but I had to put my own stamp on it.”

And the times certainly are a changin’. “We’re seeing over and over that we can’t run the store like we ran it 10 or even 5 years ago,” said Robby. “You have to adapt and change. We have to compete with huge online companies, so our point of difference has to be our personal relationships.

“If you spend $150,000 online with a company, you might get a bounce-back thank you and a survey. However, with us, if you spend $150, the owner of our company with personally shake your hand. People are yearning for that personal interaction. Even on our social media sites, we drive home that we’re a locally owned business,” noted Robby.

“It’s kind of a David and Goliath thing. We’re the small guy, so we can’t compete on volume,” Robby added. “However, we can offer value-adds like events, classes and demo days. People appreciate that. And we’re not a vending machine; we know our customers’ names. When you walk into the store, or if you call us on the phone, you know with whom you’re speaking.”

“Robby is now the face of the store,” said Jim. “From his Facebook and social media presence, he’s somewhat of a celebrity. And he’s turned that into an advantage for us. Recently, a kid walked into the store around Robby’s age with scraggly hair in a ponytail. I happened to be in the front and I greeted him, but I just couldn’t make a connection. All of a sudden Robby comes in, strikes up a conversation, does his thing and the guys is walking out with $3,000 worth of equipment! That’s just an example of why he’s the perfect person to continue our legacy.”

What’s their biggest challenge now? “Reaching and maintaining the YM quality as we grow,” said Robby. “I take it as an active challenge that everyone who walks into our store from Monday to Sunday has the same experience we’ve offered for three generations. I want people to get a loving feeling from our store. In addition, I want to get cameras into the hands of the next generation—whether through events, classes, demo days or our generous rental programs.”

Naturally, Jim feels like YM camera is in great hands. “It gives me great comfort knowing that what my father started, and what I continued to build, will be around for the next 30 or 40 years because my son decided he wanted to continue the family business.”

YM camera’s future is bright. Congratulations on being named our 2019 E-tailer of the Year. 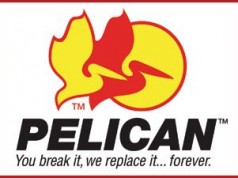