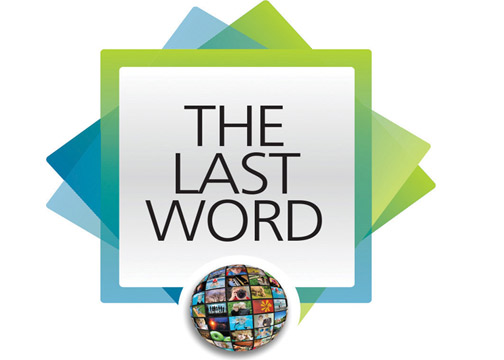 As the smartphone settles in as many consumers’ go-to imaging device, there remains much to be upbeat about in the digital imaging market.

Premium segments of the digital point-and-shoot market are on the rise; mirrorless continues to gain share as a portion of the detachable-lens market. Moreover, features like full frame have guided the prosumer DSLR market to growth.

It took the market some time to reach this point, and it’s much smaller in size compared to a decade ago. But there are plenty of reasons to feel positive about today’s digital imaging market.

While the traditional imaging market has gone through its permutations, new imaging form factors have also added to the category. Drone sales have grown 300% in the last two years; network cameras from companies like Netgear and Nest added $200 million to the consumer electronics market in the last year.

Moreover, 360º cameras have enabled consumers to produce their own immersive VR content for the multitude of VR headsets currently in consumer homes. Even as traditional cameras have stabilized, new camera devices have satiated the desire for consumers to push the technological envelope and do more with their images.

Despite the slimming down of the traditional camera market, consumers remain extraordinarily engaged with photography. However, I might argue that the ubiquity of image sensors in devices—ranging from smartphones, tablets, security cameras, video doorbells and so many more—has changed the nature of photography for users.

A camera is never more than an arm’s length away for most consumers. This has made it easy to document life in photos: a beautiful plate of food, a quick selfie with a celebrity, or even the suspicious stranger standing at the door. The sheer number of devices and occasions for using a camera has led to a bifurcation in how consumers use imaging devices. The camera that is most accessible (oftentimes a smartphone camera) is generally used to document those unexpected moments, while our point-and-shoot and detachable-lens cameras are reserved for planned occasions like sporting events, family gatherings and vacations. The imaging market is a reflection of this dynamic. 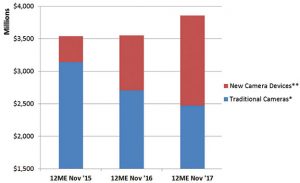 So how can manufacturers of traditional cameras sell more devices? Part of the challenge is getting consumers to see that certain occasions require certain cameras. While a smartphone is the camera you always have, it’s not always the best camera to use.

It is also important for cameras to stay current with the machinations of technology. An element of the smartphone camera’s initial popularity was connectivity. And traditional camera devices were slow to adopt this as a feature. As new technologies like digital assistants make their way into more devices, consumers will surely look for these features to be present in their imaging devices. This is an opportunity for cameras—traditional and new form factors alike—to make imaging products even more versatile.

Though the traditional segment of the camera market has become much smaller in the past decade, the future for these devices is extremely bright given these new opportunities.

Ben Arnold is executive director and industry analyst for The NPD Group. With an emphasis on video and audio products, he has covered the media and technology industries for more than 10 years. Arnold has focused on trends in consumer habits and usage. He offers expert insight on these and other industry-related topics: audio and video electronics sales and trends; consumer demographic and usage profiles; consumer attitudes at retail; and trends in device feature sets. His work has been featured in various industry publications. He has also been quoted in news and business outlets. These include the Financial Times, the Wall Street Journal, MSNBC.com, PCMag, the Washington Post and Forbes.