Earning the E-tailer of the Year Award from Digital Imaging Reporter is not an easy task. However, over the last year or two we started to notice that Bedford Camera & Video, a seven-store chain in the Arkansas/Oklahoma/Missouri region, was quietly but firmly making e-commerce an important part of their portfolio.

Although founder and esteemed leader Stan Bedford passed away four years ago, his legacy still permeates the soul of the company. With his son, Jason Bedford, at the helm, the company has been on an aggressive growth path that is both impressive and inspiring.

Stan left in place an incredible team: Jason; the ever-ebullient Jeff Beauchamp as president; 34-year veteran Steve Elkins; and Austin Pittman, vice president of Operations. They continue many of the lessons Stan passed down.

I had the pleasure of hearing the stories of Stan’s incredible reputation, his uncanny way of negotiating that always left the person across the table with little choice but to give in, and his respect for his people, his faith and his family. Quite frankly, it’s clear that his employees were part of his family.

Stan Bedford was a stickler for many things—most of all were his customers. He was a salesman at heart, starting from “nothing,” as Jason Bedford recalls. Stan began working for his older brother, Jack, in the photofinishing business and ended up buying him out a few years later. To Stan, it was all about relationships, negotiation and doing what was best for his employees and his family.

This brings us to today. Jason Bedford now holds the reins of Bedford Camera & Video. And with his team around him, he has turned it into a well-balanced business, with e-commerce becoming more and more important to its bottom line.

“We apply the same notion of customer service to our e-commerce business as we do to our in-store experience,” says Jason Bedford. “But with e-commerce, while we are certainly aggressive with online targeted advertising and e-blasts, sometimes you have to acquire your customers one at a time and let them spread the word for you.”

Bedford talks about “rolling out the red carpet” for his online customers, just as he does within his seven stores. “You have to bend over backwards to please your customers, especially with us trying to build a brand well beyond our market area.”

Upon my visits to the Rogers, Arkansas, and Tulsa, Oklahoma, locations, I was impressed with the speed in which Bedford’s employees met their customers at the door. It was a red carpet without the actual red carpet. (Jason Bedford’s taste is more about earth tones, a small fact that seems to amuse his team.)

“We know that a satisfied customer is going to spread the word about us,” adds Bedford. “We are in the process of now building a national brand. When a customer from Wisconsin buys from Bedford online because he was treated with respect and given an appropriate deal, he’ll tell his friends about it. And that’s how we continue to grow.”

I had heard about Bedford Camera over the years. However, I had never visited their stores and, unfortunately, never had the pleasure of meeting Stan. I wish I had.

The team he put in place, which continues now under Jason’s leadership, is focused, buttoned-up and professional. Beyond that, they’re ready to lean on each other as well as take risks when the opportunities arise. 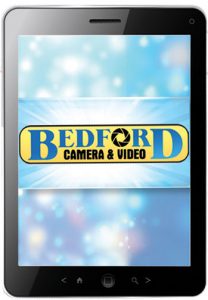 In a time when brick-and-mortar retail is under attack from online behemoths, Bedford has opened three new retail locations in the past five years. In addition, they have built their online brand to, in some years, account for more than 30% of their business. Would Stan have taken the same route?

“I’m not sure he would have,” Bedford replies. “He built an incredible business. But there’s a difference between when you’re winding down and protecting what you have and when you’re gearing up to survive. We’re not sure what the business will look like over the next 20 years. And the playing field is certainly changing. So we have to make smart, and sometimes aggressive, decisions going forward.”

Under Jason Bedford’s leadership, their online business has also extended to Bedford Outdoors, an e-commerce site tangentially connected to the camera business.

“Bedford Outdoors appeals to hunters and fishermen who like to video their adventures,” explains Austin Pittman. “We’re using the same e-commerce lessons but appealing to a new demographic in a way that allows us to extend our expertise.”

Jeff Beauchamp, the wily veteran with the “just get it done” persona, revels in the fact that while his 35-year career might wind down in a few years, he sees Bedford’s future in great hands with Jason and his team.

“Jason has learned quickly over the last few years. He also has earned the respect of his team and his employees,” Beauchamp says. “Stan would be proud that while his legacy will live on, Jason is creating his own path. It makes me proud as well.”

Indeed, my trip to Arkansas and Oklahoma was well worth it. I learned of the legacy of Stan Bedford—and the bright future that is now in Jason Bedford’s hands. Congratulations to Bedford Camera & Video on being named Digital Imaging Reporter’s 2018 E-tailer of the Year.