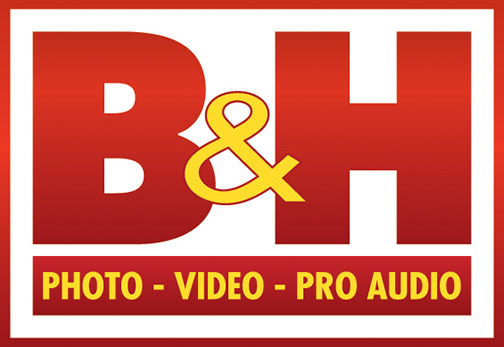 When we looked around this year to find our 2014 E-tailer of the Year, we didn’t have to look very far.

B&H Photo – Video has been a giant force in our industry for many of their 40 years. Their relationship with our industry has been complicated over the years: they are admired; they are feared; they are dominant. And yet, when I was lucky enough to sit down with two of their longtime executives at their 9th Avenue offices in Manhattan, I was taken aback by their rather simple, humble story.

My sources of knowledge, Henry Posner and Steve Schwartz, are B&H veterans. Schwartz started in their original Warren Street store around 1982, so he was the historian. Henry Posner, their director of Corporate Communications, is a 20-year veteran, former pro photographer and general comedian with a serious tone.

My trusty sources took me through the history of this incredibly successful retailer, and I couldn’t help but think their original roots were the foundation for resounding success.

Bertha and Herman Schreiber started the company on Warren Street in New York City with some funds gathered from Mrs. Schreiber’s father. “They started as a camera store,” said Schwartz, “and if it was up to them it probably still would be just a camera store. But Herman brought on Sam Goldstein early as his right-hand man, and Sam always had a vision.”

Their original objective—never be out of stock and be honest with the customer—drove them from day one, and it continues to this day.

“Sam and his employees would take an order, but only for what they could get,” said Schwartz. “If he didn’t have it in stock, Sam would go around, in a station wagon, to some of his competitors and pick up the stuff that we took orders for and didn’t have in stock. He would buy, sell or trade—anything he could do to make sure the customers were serviced quickly and efficiently. And at the end of every month, he’d settle.”

The next day after the foraging, B&H would have the merchandise, deliver it to their customer, and the deal was done. B&H found the value of inventory, and that’s something that drives their success today.

“Do we take a risk? Yes, but now we have customers buying other stuff from us from intelligent salespeople, because we know all about everything.”

But it’s not just about inventory.

“Our objective is to have an honest conversation with our customers,” added Posner. “We listen to them first, understand what their needs might be, and give them choices that best suit them.”

I was surprised to learn their salespeople are not paid on commission, but apparently that’s what makes them so objective.

“Our sales force is not forced to sell you anything,” explained Schwartz. “We judge our salespeople on three basic things—customer satisfaction, product knowledge and showing up on time—because showing up on time is a big deal around here. They’re paid a salary. They give you the information. We tell our customers to call or e-mail and ask as many questions as they want. If you don’t buy, don’t buy.  Because we know they’ll call back.”

“This way of doing business allows our salespeople to represent all of the brands equally,” said Posner. “They all appreciate the fact that if a customer calls and says I want a Canon lens for my Canon camera, no one is going to tell them to throw all of their Canon gear in the river and switch to Nikon because of some sales contest we have. If a customer calls up and says I want to buy my first advanced camera, we’re going to have a serious conversation with this customer. In the end, based on what they said to us, we’re going to make a recommendation. Or we’re going to tell them their choices and their price points. Then we let the customer decide, based on our discussion.”

And this commitment to the customer is not just in the store or on the phones. It translates to their commitment to providing outstanding, objective information on the web as well. During our visit, we were introduced to Yulia Dykman, an employee who started on the sales floor and was later promoted to writing for their website.

“Our main objective on the web is clarity and consistency,” she said. “We don’t use superlatives. We are fact based. My objective is to get as much information as possible and put it into a format that allows the prospective buyer to compare product A with product B, either across brands or within a brand. In most cases, we rewrite everything from the product manufacturers. We are objective, and this allows our customers to shop online fairly and objectively.”

So I asked, why does the industry have such an antagonistic view of B&H?

“Mr. and Mrs. Schreiber started in the humblest of circumstances, but they and Sam Goldstein always had a vision,” said Steve Schwartz. “They had a focus, and they envisioned an operation that they have kept consistently, which is based on servicing the customer. The secret to B&H is there is no secret. Take an order for the advertised price and deliver it. From day one, there were no games. Treat the customers the way you want to be treated. If someone would call and ask for an accessory, we weren’t allowed to say we had it without checking. Usually, we had 50 of them, but we had to check. At first we used walkie-talkies; now we have computers.”

“We didn’t knock everyone out of business; this just is not a business for everybody,” added Henry Posner. “We’ve made a commitment to the customers that is unique, rare and consistent. We don’t compete on price. We compete on service and honesty. And that seems to win every time. Going back to our original roots.”

Bertha and Herman Schreiber. It all makes sense. bandhphoto.com