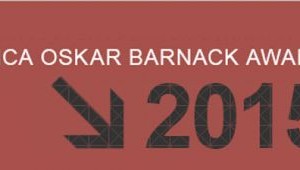 Allendale, NJ—The mission of the Leica Oskar Barnack Award is to honor the depiction of the relationship between man and the environment in a series of photographs captured with incisive powers of observation. Leica Camera AG presented the awards for the 35th time to two winners.

The awards were presented during the Rencontres Internationales de la Photographie festival held in Arles, France, on July 8, 2015. A special issue of LFI magazine presenting the winners and finalists and numerous examples of their work will be published to accompany the awards.

JH Engström, born in Karlstad, Sweden, in 1969, spent the early part of his career as a photographer in Sweden and France. After working as an assistant to Mario Testino and Anders Petersen, he studied film and photography at the University of Gothenburg, graduating in 1997.

Engström intended this project to be seen as visual poetry—a photographic narrative with strong autobiographical elements. “Tout Va Bien” is a sequence of widely differing images, including portraits, landscapes and photos of his twins’ birth. He switches between exposures in black and white and color, playing with contrasts and leaving it to viewers to find their own way of interpreting each picture. The complete project comprises 90 images and will be published in book form by Aperture in July.

In her winning series, Wiktoria Wojciechowska, born in Lublin, Poland, in 1991 and a graduate of the Academy of Fine Arts in Warsaw, focuses on fleeting moments of everyday life in China. Over several months during the typhoon season of 2013/2014, she photographed Chinese cyclists pedaling their way through the incessant rain of the sprawling megacities of Beijing and Hangzhou. Alone, and without speaking a word of Chinese, she explored the terrain without any means of communicating. She identified with and felt the anonymity of the nameless cyclists and scooter riders. This inspired her to give them an identity, picking them out from the masses and preserving them in captured instants. Her snapshot-like images tell the truths of genuine moments; in contrast to posed and tightly controlled portraits, these spontaneous, unnoticed exposures show the authenticity that exists between ingrained behavioral patterns.

Wojciechowska’s work has been shown in various exhibitions and at festivals, and she has been published in ArchivoZine, Beijinger, ArtPhotoMag, Gente di Fotografia, GUP, L’Oeil de la Photographie and Urbanautica magazines.

The competition also saw the presentation of a public award with a cash prize of 2,500 euros. The winner was chosen by members of the I Shot It photographic community. Their online vote selected the set titled “Afghanistan: Stands Alone” by Ryan Spencer Reed. leica-oskar-barnack-award.com