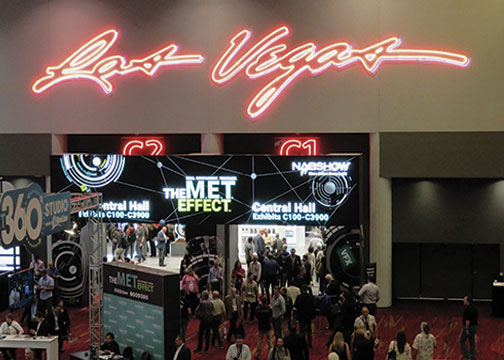 The 2017 NAB Show reflected how the broadcast industry is in flux. How and by whom content is being produced, how it’s being delivered, and how and by whom it’s being viewed are all changing.

Certainly, the major traditional networks, big-budget production companies and international distributors still exist. Now, however, there are hundreds, if not thousands, of options available for generating, distributing and viewing creative content.

There are contradictory trends permeating content development and distribution. On the one hand, media conglomerates are doing great, and major players in the industry are consolidating. Multibillion-dollar mergers are becoming increasingly common as more companies try to cover the waterfront and acquire subsidiaries in diverse segments of the industry. And all to ensure they don’t miss out on any emerging trends or new opportunities. 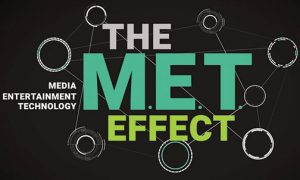 On the other hand, there’s a fragmentation of broadcasting as the cost of entry into the development end of the industry is dropping, technology is changing and start-ups have become the innovative trendsetters.

These are just some of the major issues the National Association of Broadcasters wrestled with at its 2017 NAB Show in Las Vegas the end of April. The trade group decided to focus on consolidation with its show theme—the “M.E.T. Effect: Media, Entertainment and Technology Convergence.”

In his annual State of the Industry address, Gordon Smith, NAB president and CEO, noted: “A whole new generation of content creators and distributors are experiencing the M.E.T. effect at this event. From mixed reality to autonomous cars and the future of cinema, we are witnessing the convergence of media, entertainment and technology that is enriching all of our lives.” He added, “Broadcasters have been at the core of this ever-changing landscape, bringing together all of these dynamic partners to deliver content consumers seek, anytime, anywhere.”

Anybody who’s been in photography for a long time will remember all the emphasis on digital convergence at photographic trade shows like PMA and photokina in the late 1980s and early 1990s. That was the era when digital technology was supplanting film and totally changing the fundamentals of photography.

M.E.T. convergence is doing the same for broadcasting. But it’s really not a new phenomenon. In part, it grew out of the early photographic digital convergence that made it possible to seamlessly integrate still imaging, video and audio. And in part, out of the transition from analog to digital television technology a decade ago. And in a large part, out of the proliferation of the Internet.

NAB was very much an international show, with pavilions from such far-flung places as Brazil, China and Germany. More than 100,000 attendees from 166 countries were able to get detailed information on products and services from the 1,700+ exhibitors.

The show was massive. It took up the entire Las Vegas Convention Center. There was all the traditional equipment you’d expect to see at any broadcast trade show: the news vans and satellite trucks; the technical production control centers with their sophisticated hardware and software; and the myriad of smaller companies that provide the support products and services that make it possible for the broadcast industry to exist at all.

Of course, there was the gear. Canon showcased its line of professional 4K and high-definition imaging equipment for motion pictures, television production, video content creation and still photography. This included the recently announced Cinema EOS C700 digital cinema camera paired with the Compact-Servo 70–200mm lens that was introduced at the show.

The new telephoto zoom lens is intended as a bridge between traditional Canon EF lenses and CN-E cinema lenses. It’s marketed as ideal for filmmakers and documentary shooters who want the control and quality of cinema optics with the lightweight, compact design and features of Canon’s EF lenses.

There was quite a bit of equipment at the show that might be categorized as bridge technology or products, including equipment cases. One area where video technology has had particularly strong influence on photography is lighting. Whole new generations of relatively affordable continuous lighting systems for video are also applicable for photography.

There were numerous other companies that demonstrated sophisticated lighting systems. With stills and video captured together so frequently, having light sources available that are applicable for both has significant advantages.

There were displays of all shapes and sizes used to view content. They ranged from miniature screens on smartphones to jumbotrons larger than most building sidewalls. Video billboards are becoming increasingly common, and jumbotrons have been a fixture at sporting events for some time, so large LED displays aren’t new. What is new is the quality of the displays has gotten so much better. ROE Visual, for example, had a huge, curved LED display that showed just how far the technology has come.

One of the interesting aspects of the show was that there were numerous companies you wouldn’t expect at a professional broadcast show. Who would have thought that a miniature pocket-size camera would have been considered for professional applications. Obviously GoPro did. And it’s right.

The company showed amazing broadcast-quality footage captured by its Hero5 Black. It was displayed on external screens attached to a semitrailer truck the GoPro exhibit was built around.

Along the same lines, Livestream demonstrated its Mevo. The very compact live event camera is specifically designed to live stream to services like Facebook Live, Periscope and YouTube. But the Mevo is not a toy for bored teens. Touted as “A TV Studio in Your Pocket,” it provides pro-level production capabilities and on-the-fly video editing that can be set up and utilized in minutes. In fact, instant gratification was actually one of the underlying themes of the show. It’s now possible to “go live” from anywhere, anytime.

Another company with a miniature camera, Ricoh Imaging used NAB to preview its prototype

4K Theta 360º-capable VR camera. It’s expected to be available by the end of the year. (It’s so new, the company didn’t even have a name for it.)

Ricoh’s Theta cameras tie into another trend at the show: VR and AR (virtual reality and augmented reality).

On the VR side, 360Dome.Pro set up a portable dome theater as part of the Canon pavilion. It provided a 360º, immersive cinema experience. The audience sat in lean-back chairs to view the entire presentation on the walls as well as ceiling of the dome.

Just like at CES, drones were big at NAB. They ranged from the tiny Dobby pocket drone not much larger than an eyeglass case, with its 4K video camera (13MP still image), to the Shotover U1. The U1 is billed as the world’s first professional-grade aerial vehicle specifically engineered for the broadcast, motion picture, law enforcement and industrial survey markets. It is designed as the transport for the company’s G1 stand-alone, gyro-stabilized gimbal. As a result, the U1 has retractable landing gear and can carry some 45 pounds.

In all, NAB was a vast, diverse, dynamic as well as interesting event, which demonstrated technologies that dovetail with those of the photo-imaging industry.