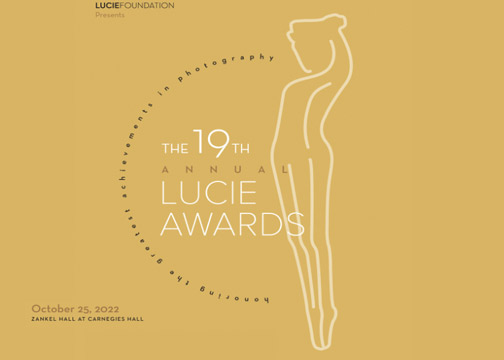 White is most widely known for his record-breaking 4,308 performances as King Mufasa in Disney’s The Lion King on Broadway. However, he is known for other Broadway starring roles. They comprise Mister in The Color Purple; Coalhouse Walker Jr. in Ragtime; Ken in Smokey Joe’s Café; John in Miss Saigon; and the Hawker int The Who’s Tommy.

In addition, he has performed concert dates all over the world and is a popular motivational speaker and author.

White has also had featured roles in several motion pictures. Furthermore, his TEDx Talk is available for view on YouTube.

The Lucies celebrate photography’s greatest achievements worldwide. Along with this year’s Lucie Awards honorees, the Lucie Foundation and the global photography community will recognize the talented winners of the 2022 International Photography Awards (IPA) juried competition.

Other presentations will include the Support Category Awards. The organization will also present a special tribute to those in the industry who have passed on.

Tickets for The Lucie Awards are on sale here.

The Lucie Foundation’s mission is to honor master photographers, as well as discover and cultivate emerging talent. It also promotes photography appreciation worldwide.

At the Lucie Awards ceremony, the foundation’s sister enterprise, the International Photography Awards (IPA) competition, announces the winners of the Photographer of the Year and the Discovery of the Year. Cash prizes and statues are awarded.

In addition, the foundation presents year-round programming. Their programs include the Lucie Photo Book Prize and the Lucie Technical Awards. The organization also provides financial funding through the Lucie Scholarship programs. Moreover, the scholarships support both emerging and professional photographers. The Lucie Foundation is a 501(c)3 nonprofit charitable foundation.