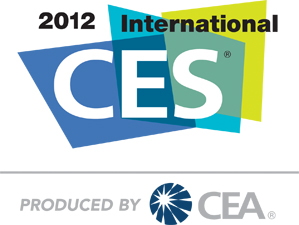 Now through August 31, registration for the 2012 International CES is free to industry professionals. A registration fee of $100 will go into effect starting September 1, and the fee will increase to $200 at 5:01 p.m. EST December 30. Hotel rooms in Las Vegas, available through a special block for CES registrants, are currently at some of the lowest rates. Attendees and media can register today at CESweb.org.

The International CES attracts more than 140,000 executives, retail buyers, content providers, entertainment executives, venture capitalists, engineers, government officials and media from more than 140 countries. It is the launch venue for cutting-edge and the latest technology spanning the entire gamut of consumer electronics.

“We already can feel the enthusiasm surrounding the 2012 International CES as we gear up for innovative new exhibit areas that reflect the dynamic CE industry,” said Karen Chupka, senior vice president, events and conferences, CEA. “More than 20,000 new products are expected to launch at the 2012 CES, along with new attractions such as the Eureka! Park and PMA@CES TechZones, reinforcing the International CES as the most important global business event of the year.”

Additional information on the 2012 International CES can be found on the newly refreshed CESweb.org, including hotel information to assist attendees in making their CES travel plans.