Arlington, VA—The Consumer Technology Association (CTA) announced the latest class of honorees that will be inducted into its 2016 Consumer Technology (CT) Hall of Fame. Created in 2000, the CT Hall of Fame pays tribute to the leaders who have advanced innovation and developed a foundation for the consumer technologies enjoyed today and others to come. 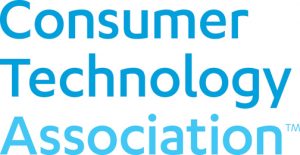 “The CT Hall of Fame celebrates our rich history of innovation,” said CTA’s president and CEO, Gary Shapiro. “This year’s class represents leaders who laid the cornerstones for many of today’s hottest products and trends—from immersive television delivered where and when we want, to the developer of the wireless Bluetooth standard that we rely on daily to exchange data over short distances. From a satellite-based navigation system to the early days of the smart home and video games, these leaders followed their visions creating, selling, distributing and promoting products that improve consumers’ lives.”

The 2016 class includes inventors, business executives, a distributor with distinctive strategies to bring accessories to store shelves, a retailer who marketed these products, and a journalist who explained how technology works. The class also includes two teams who combined their individual efforts to make a lasting contribution to the industry. The honorees are as follows:

The inductees were selected by a group of media and industry professionals who judged the nominations submitted by manufacturers, retailers and industry journalists. The 2016 honorees will be inducted into the CT Hall of Fame in New York City at an awards dinner to be held on November 9, 2016 at the Rainbow Room. cta.tech