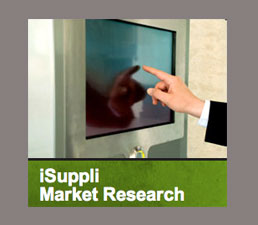 El Segundo, CA—Consumer electronic product shipments in 2011 are projected to reach 1.60 billion units, up from 1.56 billion in 2010, fueled mainly by CE products for the connected home that communicate with one another and the outside world, according to a study by IHS iSuppli.

“While the 2.6 percent rise in overall shipments this year is modest compared to last year’s 4 percent climb, the expansion is significant given current economic conditions,” said Jordan Selburn, principal analyst for consumer platforms at IHS. “Amid the continued uncertainties in the global economy and the high unemployment rate in the United States—the world’s largest market for CE devices—the uptick in sales provides reassurance for the industry and sets the stage for future growth.”

Selburn added that unit shipment growth will accelerate to 4.4 percent in 2012.

As for the digital imaging segment, the research firm projects that digital still cameras will have another three years of growth before newer technologies and cameraphones contribute to the beginning of a decline.

iSuppli states, “Factory unit shipments of compact DSCs are projected to rise . . . and enjoy modest growth for the next three years. However, production will decline in 2014 as the market matures.” That decline is expected to be about 0.6 percent, with low-end DSC models meeting opposition from the cameras in cell phones with increasing megapixel counts.

Bright spots in the imaging category will continue to be found, though: hybrid high-definition (HD) cameras, 3D cameras and digital SLRs will continue to see growth. In fact, the research firm reports, “Shipment of hybrid cameras will grow from 8.3 million units in 2009—representing about 7.6 percent of total DSC units shipped—to a staggering 120 million units in 2014—accounting for about 89 percent of the total market.” Included in the category of hybrid cameras that capture not only still images by HD video are models from Kodak, Canon, Nikon, Panasonic, Pentax, Olympus, Samsung and Sony, among others, and hybrid cameras at the $150-$200 price point represent the next big growth opportunity, iSuppli believes.

3D-capable cameras represent another area of growth for the camera sector. However, iSuppli projects that these cameras will not achieve mainstream status until the 3D screens used to show 3D pictures and video reach 30 percent penetration.

Other technologies that will contribute to growth in the imaging segment include GPS and Wi-Fi functionality. isuppli.com