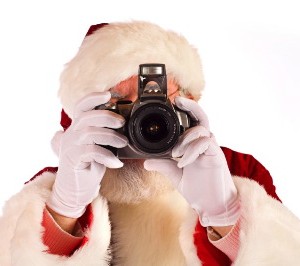 The average American family expects to drop $195 on consumer electronics gifts this holiday season. That according to CEA number cruncher Sean Wargo, who presented results from a national holiday spending survey yesterday at the annual CES press preview event in New York City. Wargo says the most desired CE gifts are digital cameras, MP3 players, and computers. While HD TV’s are expected to be a huge seller (with revenues of over $20 billion), Wargo says most people are buying those for themselves, not as gifts.

Next generation DVD players are not expected to be a super-seller (making up less than 1% of CE industry revenues), but Wargo says early adopters are all over them. Although gaming console sales will be strong in 2006, Wargo believes they’ll be much bigger next year, when all three new game systems will be available. In terms of consumer desire, Wargo says digital cameras top CE wish lists, as Americans are now looking to upgrade to 4 or more megapixels. Overall, the forecasts are extremely positive. Wargo says revenues for the CE industry as a whole will increase 21% in 2006.