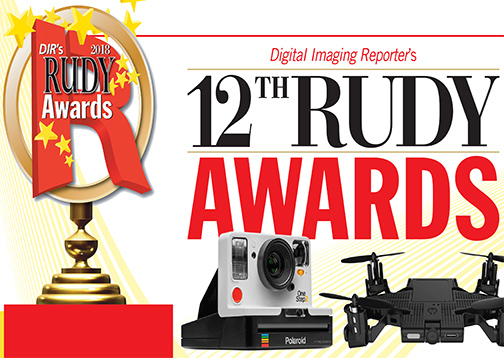 There is one issue each year that is dear to the hearts of all of us at DIR. It’s the issue in which we unveil our Rudy Awards. And it isn’t just because we are all passionate about innovative imaging products, though we are. It’s simply because we get the opportunity to reflect back on our beginnings—and our founders.

The Rudy Awards were named for the late Rudolf Maschke, who cofounded the company along with his friend Ed Wagner. Rudy, as friends and colleagues knew him, was an amazing human who survived the horrors of Nazi Germany, came to America alone, still a child, with barely a nickel and truly achieved the American dream. 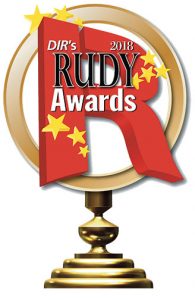 Rudy had a discerning eye for emerging trends and products that could push the boundaries of imaging. So it is in the spirit of our cofounder that we bestow the 12th Rudy Awards to the standout devices we believe enhance the joy and creativity of imaging.

Ironically, this year those products are not all the highest-tech devices on the market. Instead they include analog products that are again expanding the imaging category.

Everything old is new again! Polaroid Originals, a new brand from Polaroid, launched with a commitment to analog photography and its OneStep 2 camera. Inspired by Polaroid’s 1977 OneStep, the new instant film camera is designed to be as simple to use as the original, however, it incorporates modern features. They include a more precise, aspheric lens; a powerful flash; a built-in USB-rechargeable battery with a 60-day life; and also a self-timer function.

“Our goal was simple—create an accessible, easy-to-use instant camera that invites everyone to take part in analog instant photography,” said Oskar Smolokowski, CEO, Polaroid Originals. “For us, this camera is more than just a new product. It represents our future. It represents the potential for analog photography to develop further as a medium, bringing people together to capture moments and create art.”

Moreover, compatible with 600 and i-Type film, the retro OneStep 2 is available in white or graphite with an SRP of $99.99. us.polaroidoriginals.com

On the other side of the imaging spectrum is the YI Horizon VR180 camera. YI Technology, in collaboration with Google’s Virtual Reality team, introduced the camera at CES. Developed to leverage Google’s VR180 format, the stereoscopic 3D camera is designed to provide an easy way to capture high-res, immersive video. It seamlessly integrates with YouTube as well as Google Photos, so viewers can activate a VR experience when viewed with Google Cardboard, Daydream, PSVR and other VR viewers.

With a sleek, dual-lens design, the camera captures 3D video in 5.7K resolution at 30 fps. It also features instant in-device stitching and supports live streaming, so creators and fans can be together in real time.

Other features also include: an Ambarella H2V95 chipset; one-button live video streaming; a 2.2-inch, 640×360 retina touch-screen LCD that flips out for selfies; a USB Type-C port; a professional-grade, four-microphone design with outdoor noise reduction; as well as the ability to manage content by using the VR180 app by Google. The YI Horizon VR180 will ship in spring 2018, with pricing to be announced. yitechnology.com

The “drone” is targeted at smartphone users, giving them the ability to capture selfies and video from high above, in tight spaces or from a distance. The drone takes flight with a touch of a button, providing options and angles beyond the arm’s length of a selfie stick.

Incorporating stabilization technology, the Selfly snaps onto most standard-size, 4- to 6-inch smartphones. Its integrated, foldable wings enable the device to fly at the user’s command. As it hovers, the drone waits for commands from an intuitive, free smartphone app.

In addition, its fly by picture mode is said to make for easy piloting via the phone. It also uses a visual and sonar positioning system for safe flight. The Selfly records Full HD 1080p video, and its 13MP camera captures wide panoramic photos. It has a flight time of just four minutes, but it is bundled with two batteries. Slated for spring 2018 delivery, it has an SRP of $130. aeeusa.com

Fujifilm’s Instax Share SP-3 SQ prints photos taken with a smartphone on Instax Square film. The printer was developed to give users more ways to get creative with their instant pictures: share them in-person and online with #myinstax. It also prints from Fujifilm X-series cameras.

Its 1:1 aspect ratio, square format is widely popular among phoneographers as well as Instagram aficionados. And the SP-3 produces images with pixels of 800×800 dots and 318 dpi to show detailed gradations. With a new laser exposure system, it produces photos in just 13 seconds, using a battery that’s good for 160 prints.

It also incorporates Image Intelligence technology, which sets the optimum brightness during printing. The SP-3 works with Fujifilm’s updated free Share app, offering: a collage template; the ability to add text; the SNS template for printing images on social networking services (SNS); and the real-time template, which places the date, place and weather in the frame. The lightweight SP-3 comes in white or black with a sleek, multi-sided design. SRP: $199.95. fujifilmusa.com

Adept at photographing sports and wildlife, this lens is built for shooting versatility, with an extended range of 180–400mm and a constant f/4 aperture. Its integrated 1.4x teleconverter permits photographers to seamlessly swap to a 252–560mm (FX) focal range. The teleconverter is engaged with a switch and operated with a single finger while looking through the viewfinder.

Other features include: an electromagnetic diaphragm for smooth exposures during high-speed bursts, and a ball-bearing tripod collar ring designed to seamlessly transition from horizontal to vertical compositions. SRP: $12,399.95. nikonusa.com

Marking the beginning of a new era for GoPro, the waterproof (16 feet) Fusion captures immersive 5.2K spherical content. Utilizing the GoPro app, users can play back and share footage as VR content. Or they can use its OverCapture feature to recapture 360º footage and share a spherical shot as a traditional fixed-perspective video. OverCapture will be part of a GoPro app update in early 2018.

The vintage-styled Lomography Diana F+ medium-format 10-year anniversary camera really caught our attention. Inspired by classic 1960’s diners, the 10 Years of Diana edition comes in a matte red and pastel blue, with a retro gold lens. Although the company is offering just 1,500 units, we couldn’t help ourselves and gave the collector’s camera a Rudy!

The anniversary edition maintains the spirit of the classic Diana favored by New York artists during the 1980s. But the Diana F+ anniversary version, which uses 120 film, adds multiple exposures, pinhole and panorama modes, and an intuitive zone-focusing system.

The Pholio photo album device indexes itself and hunts through its collection in an instant—no Internet required. Pholio manages family photo and video collections with what the company claims is “better search and privacy than Facebook, Google, Instagram and Flickr combined.”

It hunts down an owner’s photo/video collections from online services like Facebook, Google and Flickr, local storage on NAS drives and memory cards. It then automatically indexes them for search.

Its artificial intelligence was developed with scientists from the University of Oxford. In addition, it’s been tested on the large, specialist collections of British museums, galleries and libraries. The basic Pholio manages collections of 140,000 images.

By keying a search term into a browser on a connected TV, phone or computer, families can search for all sorts of things in their collections. Pholio identifies the image metadata so they can run combined searches on date/time, GPS location and content (e.g., “my daughter on the beach, 2012”). Pholio comes in 500GB and 2TB versions, starting at $400. pholio.io

The LitraTorch “professional adventure lighting” is a versatile photo and video light aimed at photographers as well as videographers. Durable and waterproof, at just 1.5×1.5 inches in size, the LED light provides high-quality light with 2,200 (strobe), 800, 450 and 100 Lumen settings. Its ultrawide beam angle matches a camera’s wide-angle formats. With one-touch operation, it features a 5700K, flicker-free, smooth light pattern.

Designed for military-grade ruggedness, the diminutive LitraTorch is waterproof to 30 feet with an 810G MIL spec rating. The device provides multiple mount points, including two 1/4-20″ standard camera mounts, an embedded magnet, a GoPro mount and a belt clip. A four-hour rechargeable lithium-ion battery powers it, and each Torch comes with a white diffuser, silicone sleeve and USB charging cable. SRP: $79.95. litra.com

At first this one caused some head-scratching, but with the name Yashica, it won us over. The Japanese company that gave us the Electro rangefinder 35, pioneering the electronically controlled leaf shutter, is reviving the venerable Yashica brand with something entirely different. The Yashica Y35 was created to give users the visceral, sensory experience of shooting film without requiring film!

The compact camera, reminiscent of a vintage rangefinder 35mm, features an optical viewfinder and what looks like a top-mounted film wind lever, but no LCD. In reality, it’s a digital P&S with a 1/2.5-inch, 14MP CMOS sensor that stores images on an SD card. However, before you can take a picture, you must insert a “film cartridge” that doesn’t actually contain film but “pre-winds” to set the camera for the type of images that digiFilm cartridge turns out.

JOBY’s GripTight Pro TelePod is a handy telescoping tripod. It’s marketed to vloggers and videographers working with action cams, 360° cams, smartphones and other small imaging devices to create social media content. It supports real-time video creation for platforms like YouTube, Instagram, Facebook, Snapchat and also Periscope. Moreover, the device combines tripod functionality with an extending pole to capture unique perspectives. Features include adjustable tilt for selfies as well as landscape or portrait shooting modes for horizontal formats like YouTube and vertical for Periscope.

Weighing 12.7 ounces, the tripod/vlogging stick works in four modes. When a firm grip is needed, users close its legs to hold steady. If they are looking to grab an overhead or 360° shot, they use the extended grip by closing the legs and extending the mount. Or the mount and legs can also be extended to create an elevated camera/360° tripod for an over-view. In addition, to get in close, the TelePod works as a tabletop tripod by expanding its legs and retracting the mount.

It telescopes from 13.5 to 31 inches, and adjustable legs click-set into three positions for stability on uneven surfaces. They also flatten to 14 inches for windy situations. If that isn’t enough flexibility, it also comes with a grip-mounted Bluetooth Impulse remote shutter; a tilting tripod camera mount; a cold shoe mount to add lights, etc.; and also a pin-joint action cam mount. SRP: $99.95. joby.com

The Roader Time Machine documents activities even after they transpire. The small, white square camera is worn on a lanyard. If you touch it, it captures not only what’s going on but also eerily what already happened. It stores the previous 10 seconds and also the next 10 seconds. In order to do that, it has to continuously capture data so that it can go back 10 seconds in time. Cool, right?

The tiny wearable has an 8MP sensor and records video in resolutions up to 1,088×1,088. The captured video is sent directly to a paired smartphone via a dedicated app. In addition, connectivity options include USB Type-C, Bluetooth as well as Wi-Fi. It also provides 16GB of internal memory. The wearable measures roughly 2x2x1 inches and weighs in at 3 ounces. With an SRP of $199, it’s expected to be available Q2 2018. roader.com