Moreover, the success of the American photographers is notable as the 2019 awards received its highest ever number of entries—326,997 from 195 countries.

Massachusetts-based photographer Brooke Bartletta is recognized in the Motion category for the image Runners. The atmospheric work captures a boys’ high school track and field team at practice at a local park in Boston while the fog rolls in.

Also in the Motion category is visual artist Christy Lee Rogers. Originally from Hawaii, Rogers works out of Nashville, Tennessee. She uses water to break the conventions of contemporary photography. Rogers shot her image Harmony underwater in Hawaii. Moreover, it is part of a bigger collection titled Muses.

Also recognized is Hal Gage, an established commercial photographer from Alaska. Gage has garnered various awards for his works, which also exhibit extensively. He reached the short list in the Landscape category for Stumps, Alder Lake, Nisqually River, Washington. This stunning image shows the exposed tree stumps on the man-made Alder Lake in Washington.

In the Creative category, Antoine Tiggart’s image In Between is a portrait using double exposure. The “photographer aims to show how you feel when you’re in that in between place of thinking,” the judges noted. 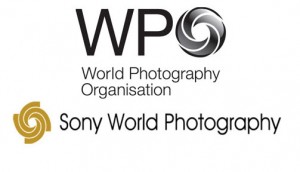 Miranda Alam is short-listed in the Street Photography category. Her image portrays a split-second moment in which attendees of the Best of Las Vegas Weekly celebration are caught in a sudden gust of wind.

Lastly, New York City-based photographer Maciek Jasik made the short list in the Still Life category for Galia Melon. The photo is one of a series of images from a project that examines the mystical origins and evolution of the foods we take for granted.

All those short-listed now go on to compete against photographers from across the world to win their respective categories to become Open Photographer of the Year. Moreover, prizes include the latest Sony camera equipment, flights to the London Awards ceremony and $5,000 for the overall Open winner.

In addition, this year the Youth short list features the top eight single images taken by 12–19 year olds. They are based on the theme of Diversity.

The Youth short list includes 18-year-old Zelle Westfall from Atlanta, Georgia. Westfall made the short list for a portrait of her school friend, Abuot, in which she highlights the beauty of her skin.

They consist of four competitions: Professional, for a body of works; Open, for a single image; Student, for academic institutions; and Youth, for 12–19 year olds.

Rebecca McClelland chaired this year’s Open and Youth competition judging. She is director of Photography and head of Art Production for Saatchi Saatchi & Prodigious (UK).

“I was astonished with the diversity of work that was entered into the Open and Youth competitions. The award represents a very democratic appreciation of photography, from tradition to emergent trends across all genres from nature to fashion. Moreover, the competition allows the broadest demographic to have a platform,” said McClelland.

“Judging single images is never easy, it is important to give equal appreciation regardless of genre to allow the fairest outcome. The judging is hosted blind to prevent nepotism or bias, which is extremely important. I look forward to seeing these striking contemporary images on display at this year’s exhibition at Somerset House.”

Other Competitions and Prizes

Also revealed are the full Open short list and that of the Youth competition. The WPO will announced the Professional and Student competition short lists on March 26.

All short-listed and winning images will go on exhibit as part of the 2019 Sony World Photography Awards Exhibition in London from April 18 until May 6, 2019. The exhibition will then tour globally.

In addition, the WPO will announced the overall winners at a ceremony in London on April 17.