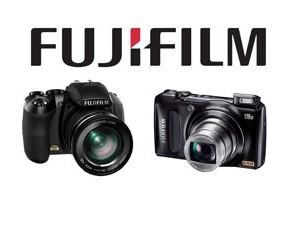 Valhalla, NY—Fujifilm North America announced that to enhance its sales strategies, it will launch a national, multi-pronged digital camera advertising campaign for the 2010 holiday selling season that extends the reach of Fujifilm’s branding campaign that began this summer.

“Our goal in creating this campaign was to raise Fujifilm brand awareness to drive sales and service to our retail partners in a consumer-friendly way, as well as support the trade to enhance sell through,” said Gazzola.

For first time, Fujifilm will also have a cinema commercial for its FinePix Real 3D W3 digital camera in both 3D and 2D throughout the U.S. from November 19 through December 30, including Tangled, Yogi Bear, Chronicles of Narnia: Voyage of the Dawn Treader, Megamind, and Tron. The 3D spots for Tangled and Narnia will be viewed on all 3D screens during that time period. A 2D spot for Harry Potter will be viewed on all screens for the first two prime weeks of release. For all showings, the commercial will be placed immediately before the feature presentation to maximize exposure.

“The reason we decided to include cinema advertising in the campaign is because the FinePix Real 3D W3 digital camera is a unique high-end product, and we wanted to be in the best place where we could introduce this product to the family audience,” added Gazzola. “We know there will be packed houses during the holidays. We’ve never had that kind of concentrated exposure in a great venue, with a captive audience – and the spot is fun to watch.”