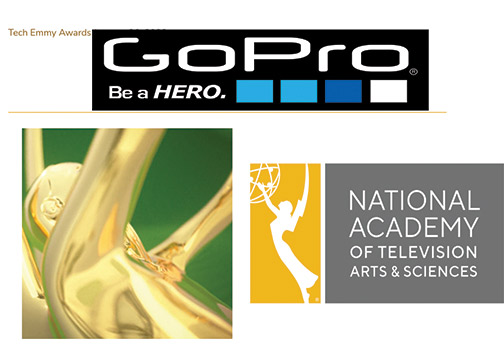 The Emmy is in recognition of the technology powering GoPro’s HyperSmooth video stabilization. The company’s full line of cameras, including the flagship Hero10 Black as well as Max cameras, features this technology.

“I’m so proud of our team and GoPro’s thriving culture of innovation,” said Nicholas Woodman, GoPro founder and CEO. “This Emmy recognizes our passionate commitment to innovation in hardware and software over the past two decades.”

Moreover, this is GoPro’s second Emmy Award. The Academy recognized GoPro in 2013 for its Hero3 camera technology in the Inexpensive Small Rugged HD Camcorders category.

The Technology & Engineering Emmy Awards are awarded to a living individual, a company or a scientific or technical organization for developments and/or standardization involved in engineering technologies that either represent so extensive an improvement on existing methods or are so innovative in nature that they materially have affected television.

What’s more, a committee of highly qualified engineers working in television considers technical developments in the industry; they determine which, if any, merit an award.

“The Technology & Engineering Emmy Award was the first Emmy Award issued in 1949; it laid the groundwork for all the other Emmys to come,” said Adam Sharp, CEO and president, NATAS.

“We are extremely happy about honoring these prestigious companies, again in partnership with NAB, where the intersection of innovation, technology and excitement in the future of television can be found.”

The award ceremony will take place at the Wynn Encore Ballroom in partnership with the National Association of Broadcasters (NAB). The ceremony will occur as part of NAB’s media and technology convention in Las Vegas on April 25, 2022.