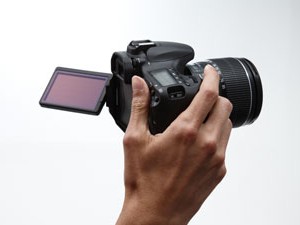 With high-definition televisions so popular today, it’s only natural consumers would want their home movies to look as crisply detailed as the latest Blu-ray blockbuster. To achieve those ultra-sharp video resolutions, they’ll need a camera capable of recording in high definition (HD).

Happily for you, manufacturers are introducing a growing number of models that can record HD video in addition to snapping stills—from digital SLRs and point and shoots to pocketable videocams. Think of them as modern multitaskers. Many current cameras record HD movies at 1,280x720p resolution, which is fine for computer viewing or YouTube sharing but is less than the display capabilities of most HDTVs. For that, your customers will need to find a rarer class of camera—those that can record video at 1,920×1,080 Full HD. Fortunately, 1080p HD video recording can increasingly be found on cameras at a number of price ranges, and most let users choose the recording resolution to fit their video needs.

Canon EOS 60D. Adding HD video recording to a digital SLR opens up a whole new world of creative possibilities. Home videos can take on a different look with each lens you pop on it. The 18 megapixel (MP) EOS 60D DSLR is capable of recording HD video through any one of Canon’s extensive collection of lenses. In addition to several video quality settings, the 60D gives users manual control over the look of their videos along with basic in-camera editing functions, such as deleting scenes and designating the beginning and ending of a video clip. $1,099. usa.canon.com

Sony Cyber-shot DSC-HX7. High-definition recording isn’t just for DSLRs any longer, point-and-shoot cameras can play, too. Sony’s 16 megapixel DSC-HX7 uses the same video compression technology—AVCHD—found on higher end HD camcorders. What that means to your customer is that this Cyber-shot not only takes higher quality video than the average point-and-shoot camera but it does so more efficiently, so they can fit more footage onto a memory card. This camera, available in March 2011, also has a 3.0-inch VGA LCD screen to review the video, and with its dual record functionality, users can shoot stills and record movies at the same time, with separate dedicated buttons. $300. sony.com

Kodak PlayTouch. For those who need to get their HD recording done on a budget, low-cost “pocket” videocams have become quite popular; they’re easy to use and take great video to boot. Kodak’s vertical form factor PlayTouch has all of that plus a 3.0-inch touch-screen display. It records Full HD 1080p video and 5MP HD photos to SDHC memory cards, and it even lets users do a bit of light video editing right on its screen. When a session is finished, connect it to a computer via its built-in USB plug and the PlayTouch automatically launches software for uploading movies to YouTube for all the world to see. $229.

Kodak’s waterproof version of this camera, the PlaySport, just garnered the 2011 CES Best of Innovations Design and Engineering Award in the digital imaging category, and the EasyShare Playfull videocam with Full HD 1080p recording, 5MP still capture and Kodak’s 3-Step Sharing will be available spring 2011 for $149.95. kodak.com

Panasonic HM-TA1. Another “vertical” pocket camcorder, Panasonic’s TA1 adds a few other tricks besides 1080p HD recording. It doubles as a webcam and microphone when connected to a computer, so users can make Skype video calls on a computer—something few videocams can do. Speaking of rare attributes, the TA1 also has a built-in LED video light to illuminate darkened scenes. Throw in 8 megapixel still photo capture and you have a capable little budget camcorder. $169. panasonic.com