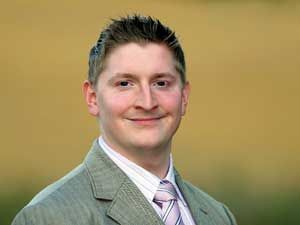 Presented annually for two decades, I3A’s Leadership Award recognizes one individual in the international imaging community who has exhibited the exemplary qualities and innovative vision of a leader. Recent recipients of the award are Shantanu Narayen of Adobe (2010), Atsushi Kodera of Kyocera Sanyo Telecom (2009); Makoto Kimura of the Nikon Imaging Company (2008); and Antonio Perez of Kodak (2007).

“Eero Salmelin is an exemplary recipient of the I3A Leadership Award,” said Lisa Walker, I3A president. “His vision and leadership during the past decade have made a significant impact on the mobile imaging industry. During this time, the industry has grown from insignificance to one that touches the lives of billions of people around the planet daily. It’s no exaggeration to say that Nokia and Eero’s work there pushed the capabilities of mobile imaging and helped bring a camera into almost every pocket. I3A has been fortunate to have his contributions to our Camera Phone Image Quality Initiative.”

When he joined Nokia as a camera design engineer in 1999, he was offered the possibility of doing a Master’s thesis on the then crazy idea of putting a camera into a mobile phone. His tenure at Nokia began with developing the first camera modules for mobile phones and eventually included responsibility for all Nokia’s camera solutions. In 2011, Salmelin was appointed director, head of Imaging. During his tenure, Nokia became the largest camera manufacturer (in volume), shipping more than 2 billion components.

“During my career at Nokia so far, there have been huge technological challenges as well as challenges in manufacturing camera components in volumes never before possible,” said Salmelin. “I have had the privilege to lead a team of professionals with endless new ideas and innovations that has also had the ability to turn the ideas into products. We are still just in the beginning of the mobile imaging journey, and I believe the greatest innovations are still to come. Working on the CPIQ initiative has enabled us to strengthen our understanding of image quality and has given us new perspectives. I am grateful to I3A for that opportunity, and especially for the honor of this award.” i3a.org