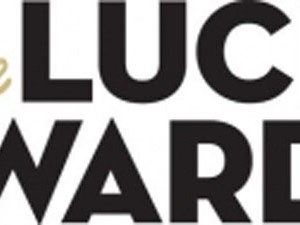 New York, NY—Selected from more than 15,000 entries from 103 countries, advertising photographer Rodney Rascona was named 2010 Photographer of the Year: Deeper Perspective by the Lucie Foundation’s International Photography Awards (IPA), for his series of iconic images from Haiti.

Rascona’s work, The Pink Door Photographs, was recognized by the global photography community at the 8th Annual Lucie Awards as one of this year’s most outstanding photographic achievements.

In partnership with the Paradigm Project, Rascona was invited to Jacmel, Haiti, two months after the massive earthquake devastated the country, to produce a collection of portraits that comprise a message of hope. “I wanted to create a series of photographs that hadn’t been attempted before, at least not in a relief setting, to show the vitality and spirit that embodies the Haitian people, if only for a brief moment,” said Rascona. To that end, he captured 45 survivors struggling in the aftermath of the disaster yet refusing to be defined by the images of dead bodies and massive rubble circulating the world. Conveying both hope and dignity, The Pink Door Photographs is a poignant collection of images created to inspire and motivate the global community to continue to assist in Haiti’s reconstruction and recovery.

In 2011, the first part of the photo series will be on exhibit in New York, Los Angeles, Mexico City, London, Barcelona and Dubai, as Rascona heads back to Jacmel to shoot a second installment of The Pink Door Photographs.

With a cholera epidemic throwing Haiti back into the world spotlight, the award-winning photographer will revisit his original subjects to capture a firsthand glimpse into their lives one year after the earthquake. While there, Rascona will travel to the capital city of Port-au-Prince to begin a new project that addresses child slavery in Haiti. In capturing their stories he hopes to play his part in raising global awareness about this exploitative practice, giving voice and meaning to the lives of the more than 300,000 innocent children—known as resteveks—affected by this abomination. luciefoundation.org