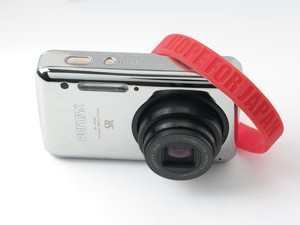 Golden, CO—Pentax Imaging Company announced its Hope for Japan initiative to benefit the American Red Cross Japan Earthquake and Pacific Tsunami relief efforts. Effective May 2, 2011, the company will donate $25.00 USD on behalf of every digital or sport optics product purchased at pentaxwebstore.com.

The initiative is intended to provide help and hope to the disaster victims and families affected by the quake and tsunami that occurred in Japan on March 2011.

“Our Japan-based parent company, Hoya Corporation, pledged 100 million yen to relief efforts, and here in the United States, we want to make a meaningful donation on behalf of the U.S. digital imaging division of Pentax,” said Ned Bunnell, president, Pentax Imaging Company. “We think some customers who were going to buy a camera will appreciate that proceeds from their purchase will aid Japan.”

Consumers who make a purchase of any digital or sport optics product at pentaxwebstore.com from now until June 30, 2011 will receive recognition of the donation made on their behalf at checkout. All shipments during this initiative will include a Hope for Japan wristband. Donated funds will be sent directly to the American Red Cross Japan Earthquake and Pacific Tsunami relief fund. More information and the opportunity to make independent donations directly to the American Red Cross relief effort is available at american.redcross.org/site/Donation2?idb=0&5052.donation=form1&df_id=5052.

The $25.00 donation only will be made for current Pentax digital or sport optics products purchased at the Pentax webstore. On those rare occasions when donations exceed Red Cross expenses for a specific disaster, contributions are used to prepare for and serve victims of other disasters. Should purchasers require a receipt from the American Red Cross, call 1-800-RED CROSS (1-800-733-2767) to donate independently by phone or give online at www.ColoradoRedCross.org.

In addition, independent direct donations also may be made by texting REDCROSS to 90999 to automatically donate $10.00 USD (charge will appear on next mobile phone bill). pentaximaging.com