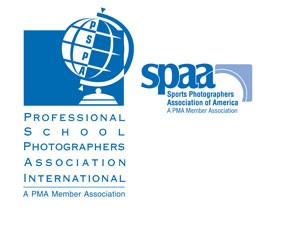 The event begins Friday, February 17 with a kickoff reception, and PSPA and SPAA programming will be held Saturday and Sunday, February 18-19, 2012.

In 2011, nearly 560 attendees spent two days attending sessions, luncheons and receptions, and the PSPA show included a vendor reception that many members cited as a highlight. “Overall, the response to the [2011] show was overwhelmingly positive,” said Bill Glover of Strawbridge Studios, the 2011-2012 PSPA president. “There were lots of familiar faces but also many new ones as well. I love the turnout we had, and the tracks were well received.”

Fox added that SPAA committee members are also enthusiastic with the announcement, heading into their sixth annual conference since joining as a member association of PMA.

“Those of us working in sports photography as a career are hungry for information and embrace the opportunity to exchange ideas with fellow industry colleagues,” said Tom Hayes of Visual Image Photography, Cedarburg, Wisconsin, chairperson of the SPAA committee. “We are going to have a focused group of photographers and vendors meeting together, networking and figuring out together how to make our respective businesses and industries prosper.” pmai.org