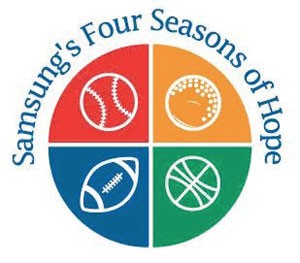 The event will raise funds for Jennifer Lopez’s Maribel Foundation—a not-for-profit organization that promotes greater access to healthcare for women and children through its commitment to telemedicine—in addition to many of the charities affiliated with Samsung’s Four Seasons of Hope philanthropic initiative.

The gala attracts a star-studded roster of celebrities from the worlds of sports, entertainment and politics, and it will feature a silent auction of sports memorabilia and other items to raise funds for participating celebrities’ charities and foundations.

Since its inception in 2002, Samsung’s Four Seasons of Hope has raised more than $25 million for the charities it supports through partnerships with its business and retail partners. samsung.com