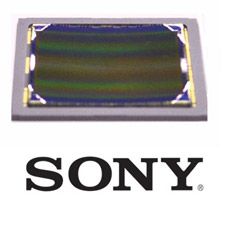 San Diego, CA—Mentioned as early as 2012, Sony announced at the 2014 Symposia on VLSI Technology and Circuits in Hawaii that it has successfully manufactured 100 curved digital photo CMOS sensors, marking an advancement in digital sensor technology and image quality.

The curved sensor replicates the shape of the human eye and thus has potential advantages over flat ones, including a better signal-to-noise ratio, greater overall sensitivity, and the capability of developing much simpler, smaller lens designs.

According to Sony, the curved CMOS sensor and integrated lens will enable zero light loss in the corner of the images and create significantly less curvature aberration. It will also be capable of creating richer blacks due to its lower dark current.

The Sony presentation stated: “We realized an ultimately advanced imaging system that comprises a curved, back-illuminated CMOS image sensor (BIS) and integrated lens, which doubles the sensitivity at the edge of the image circle and increases the sensitivity at the center of the image circle by a factor of 1.4 with one-fifth lower dark current than that of a planar BIS.
“Because the lens field curvature aberration was overcome in principle by the curved sensor itself, the curved BIS enables higher system sensitivity through design of a brighter lens with a smaller F number than is possible with a planar BIS. At the same time, we controlled the tensile stress of the BIS chip to produce a curved shape that widens the energy band-gap to obtain a lower dark current. The curved CIS can be applied to an ultimately advanced imaging system that is validated by the evolution of the animal eye in Nature.”

While no mention of when consumer products employing the new sensor were announced, Sony showed off two curved sensors, one for a full-frame 35mm digital camera and a smaller one for a compact camera or smartphone. sony.com