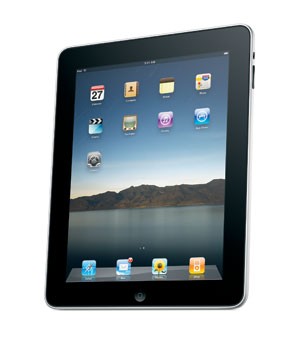 Steve Jobs of Apple called me a few months ago. “I have an idea for a product that will launch a new category,” he said. “My plan is to create an incredible amount of hype around it before anyone ever sees one. I’m thinking of pricing it around $500. I think I can sell around 300,000 of them.”

OK, the conversation never happened. Not on my iPhone, anyway. But nevertheless, once again we’ve witnessed Apple stop the world for a
few days to announce one of their sparkling new products.

As a student of marketing, I’m forever in awe of Apple. After all, they’re not the only technology company out there. Cool products are introduced all the time. We’re in a technology whirlwind that doesn’t seem to stop. It’s hard for anyone over 40 to catch their breath. But then there’s Apple.

This column isn’t about the iPad. There has been enough written about it to fill 17,700,000 search pages on Google. This is about marketing, retailing and one man’s incredible appreciation for branding perfection.

Now I have to admit, I’m an Apple fan. Hardware, software, iTunes, iPods, laptops, desktops—you name it, I either have it or want it badly.

It just seems everything they do is thoroughly thought through. Their products are clean. Their computer chargers have little tabs to wrap wires around. Their product packaging is designed with the precision of a Porsche engine. The software interface is as much fun to look at as it is to operate. Every piece of every product exudes its own confidence.

And then there’s the Apple Store. The ultimate retail experience is an extension of their product mind-set. When I walk into an Apple Store, I just want to breathe the air. Three salespeople in the Apple shirt of the day swarm you, asking to help. You’re invited to the Genius Bar—and you wonder who the Genius really is—me, or the scruffy ear/nose-ringed, slightly tattooed, brilliant, confident co-ed behind the counter.

The floors are clean enough to lick. There is never a product out of place, even though Apple wannabees have been manhandling them all day. And if you want to buy something, there’s no such thing as a cash register. The salesperson can check you out and hand you a receipt with a swipe of your credit card.

Bottom line is, Apple cares. About EVERYTHING. They nurture their brand. They coddle their customers. They pay attention to every detail. So when something like the iPad enters the market, everything that preceded it can predict its success.

There’s a lesson here for all of us. Whether you’re a manufacturer, a salesperson or a retailer, care about EVERYTHING. The image of what you want to be should be what you strive to be. It might take years, but people recognize when they’re being coddled. And they usually like it.

One final story. I’m not a stock-picker by any means, but last January, when the country was in the midst of our great recession, I went to a local mall to simply observe. When I opened the door and I looked inside, I saw no one. A salesclerk here and a mother pushing a stroller there, but it was basically empty. Then I heard a little rumble going on down the mall—sort of like what I used to hear in the halls of my college dorm. Hmmmm, someone must be having a party, I thought. I started to approach the chatter, wondering what people could be celebrating in an empty mall in the middle of a recession during the chill of January. Finally, I arrived at the only crowded store in the mall—the Apple Store. And it was packed. It seemed like the go-go days of the 1980s.

As far as the iPad goes, Father’s Day is just around the corner. Hon, kids, are you reading this?