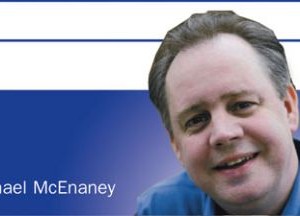 There’s lots happening in the area of online storage of late, and if you weren’t able to make it over to the Riviera for the Storage Visions Conference during your time in Vegas for PMA@CES, we’ve got a couple of items in this edition of Web Clicks that look at some of the more recent goings on in this market.

Storage Safety Concerns
SnapCrowd.com, one of the newer online services for storing and retrieving photos, videos and other digital data, is attempting to address the biggest fear most of us have with online photo storage—that our images aren’t really that safe. The site's creators claim “the most advanced digital asset management on the market,” and extremely high-end security, adding, “and our number one goal when developing SnapCrowd was for it to be extremely secure.”

Touting a level of encrypted security measures that rivals those of banks, the site stores images in their full resolution and offers up to 10GBs for free; 50GB is $59 a year. It also claims to offer the largest file size uploads in the industry.

SnapCrowd also allows multiple users on the same account. One person remains the administrator for security reasons, but friends and family can log on to SnapCrowd to upload photos and other files without security being compromised.

As consumers’ image, video and music collections continue to grow, finding a place other than the home computer to store them all is imperative for your customers. If the online storage community is truly beginning to make security their number one focus, perhaps cyberspace can become a legit option. Security, it seems, is still the biggest hurdle that needs to be overcome.

Storage Warning!
And while we’re on the subject of storage, William LeFurgy, who runs the Digital Initiatives Project at the U.S. Library of Congress—think of him as the country’s chief memory officer—recently made this rather stark warning with regard to the future of digital storage: “There is no such thing as a permanent or archival computer storage media. . . . I don’t know if these devices are designed to fail, but they certainly are not designed to last.”

I know what you’re thinking: “Great, so what eventually happens to all the images my customers are saving?”

Well here’s his advice: “Digital preservation experts say people should not simply store their digital media but should think in terms of an ongoing archival process of rerecording those things they want to save. When five years comes along, you should copy over things you value onto a new device or onto another piece of storage media,” LeFurgy explained.

The practice is called “active management,” but for our purposes we can simply call it “staying on top of our digital lives.” I suppose the best way to think of it is that this is the price we pay for the ease and convenience of freely and easily capturing photos and videos.

Animoto’s Holy Grail Solution
Okay Animoto, we’re still in love with what you do. We’ve mentioned these guys in the past and still think their online still/video service is the Holy Grail of creative sharing services/products. And now we hear they have improved the experience even more.

The company recently updated their service with a fairly comprehensive refresh. Among the changes, you’ll find a more streamlined moviemaking process: users can create an online video in about five clicks, if they forgo any customization. There’s a larger workspace, which can accommodate up to 300 thumbnail images. You’ll also find a new style, dubbed Vintage Voyage, to give movies more of an old-school feel.

Unlike other moviemaking software that you download, Animoto’s tools are accessed through a web browser on a subscription-based model. The user can make a short (30-second) clip for free, but to get unlimited full-length videos, they’ll pay $5 a month (or $30/year). There’s a pro-tier available, too, with more robust tools for $249 a year.

It’s a service that, as far as I’m concerned, offers the single most satisfying photo product I’ve ever experienced and is more than worth checking out if you’re in the photo merchandise game.

Printing a Dream?
Are we inching closer to the day we’ll be able to actually print images from our dreams? Maybe a better question is, will we ever really want to? While it may sound like science fiction, a recent University of California, Berkeley, scientific experiment, which had volunteers watch movie clips while a scanner watched their brains, actually involved grabbing rough still image reconstructions on a computer screen of what was going on in the volunteers’ heads while they watched the clips.

The scientists involved in the experiment recently reported the results and speculation quickly followed that such an approach might be able to someday reveal the visuals in dreams and hallucinations. Yikes!

While the images released from the experiment were barely recognizable, the team at Berkeley believes such a technique could eventually reconstruct a dream or other mental visuals well enough to be recognizable.

For those of you immediately fearful over the notion of anyone being able to eavesdrop on your most private thoughts, settle down, as the technique in this experiment required the volunteers to spend long periods (more than three hours) in an MRI machine staring at the movie clips while laying as motionless as possible. The machine used is called a functional MRI, or fMRI unit. Unlike ordinary MRI, which reveals anatomy, an fMRI shows actual brain activity.

Check out this link on YouTube: youtube.com/watch?v=nsjDnYxJ0bo for a clearer illustration of what this project is doing and the actual fMRI images captured from the experiment. Hauntingly cool . . . I think.

Time-Lapse Face Dances
So, going from the ridiculous to the sublime …have you seen the latest photo app? This one is designed to record your face over time and then create a time-lapse video of it. For .99 cents you can marvel at the ravages of aging in the autumn-to-early-winter of your life. Sounds like great fun . . . right?

The app is simple: take a photo of yourself every day with your cameraphone (you can program the app to remind you up to three times a day). The app creates an overlay so you can properly align your face (or your subject’s) each time to ensure a smooth time-lapse effect. When you’re done, the app creates a time-lapse movie, which you can then upload to your favorite social network. You do have some control over the final video, including the ability to pull specific images out of it. 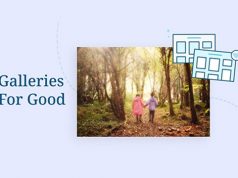 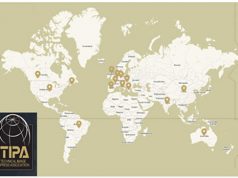