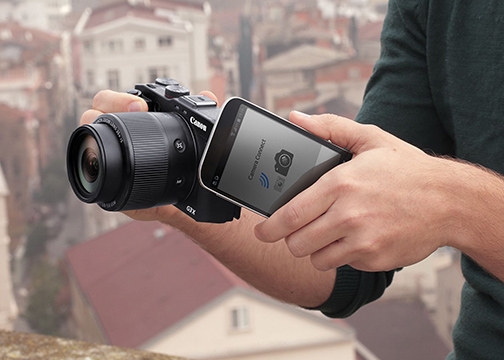 The advantage of having a stand-alone digital camera with wireless capabilities is that you can work with higher-quality images than anything a smartphone will capture. (Yes, you should remind your customers that even the latest Android, iOS and Google devices can’t deliver the same quality as a large-sensor camera. And this is especially true in low light.)

By having the ability to easily transfer images to wireless devices, customers can quickly share their higher-quality images on social networks. In addition, they can do more with those images.

Five Things You Can Do Wirelessly (Photography Unplugged)

If your customers are skeptical of the utility of camera’s wireless capability, here are five things they can do using wireless technology.

1.    Create a live slideshow. They can set up their camera to automatically transfer images to a laptop, desktop or mobile device. Those devices could then be set up to project images on a monitor or screen as they’re being shot. There’s a YouTube video that will talk them through the process for nearly every camera that offers this feature.

2.    Print directly from a camera as they shoot. Another great feature for event photography, this allows cameras to send images to a Wi-Fi or Bluetooth-enabled printer nearby that can be set to automatically print photos as the photographer continues shooting. 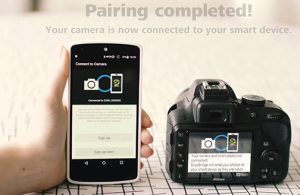 3.    Send image files to an editor. This is especially useful for photojournalists and sports photographers who operate on Internet time and who work for online sites that want instant access to the pictures they just took. The transfer goes on in the background as the camera continues to shoot. Photographers can even save bandwidth by setting the camera to send screen-resolution images.

4.    Store video and still images to the cloud. A photographer can use an app within his portable device to choose a cloud-based service such as SmugMug or Dropbox and upload images to galleries or files as he shoots.

5.    Operate a camera from a mobile device. Most wireless-capable cameras work with software downloaded from the manufacturer that lets photographers operate camera settings remotely. The software also enables them to get live view images on their smart devices.

Once you’ve explained the benefits of wireless cameras, it’s important to have a handle on what the different options are. Here’s a quick glossary and updated list of current camera models that offer that feature.

Wi-Fi lets photographers connect a camera to any compatible device, such as a smartphone or tablet, or even to Wi-Fi-ready printers, via a wireless local area network (WLAN). Data travels via radio waves from the device to an access point that can link up with the Internet or other devices in the LAN. 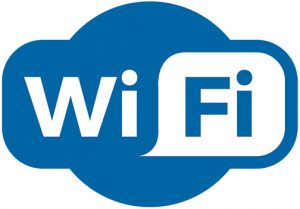 The devices could be many feet or yards away from each other and still connect. Connection is accomplished by creating a kind of hot spot between the camera and device (which by the way, could also be a laptop or desktop computer).

Mirrorless compacts such as the Fujifilm X-A3, Sony Alpha a6500 and Panasonic Lumix DMC-GX85 also offer it. Most consumer DSLRs offer Wi-Fi as well. They include the Canon EOS Rebel T6i and Nikon D5600, as well as many pro models, like the Canon EOS 5D Mark IV and Nikon D850.

NFC stands for near field communication. It allows two devices to establish communication by bringing them within two inches of each other. NFC often can be found in cameras that also offer Wi-Fi.

If a camera has NFC, users simply press the NFC button or menu command on the camera. They must do the same with their smartphone or tablet. They then select the image they want to transfer to their smart device. Then they can touch or tap the camera and device for a moment and wait for them to connect (they’ll see it on both screens). 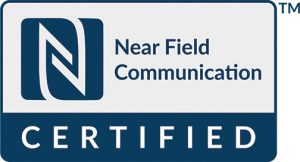 The connecting devices should be kept next to each other. The devices will connect and the image will transfer. As with Wi-Fi, NFC lets photographers control a camera remotely and even transfer photos to a printer.

NFC is almost becoming universal in new releases. More and more cameras now come with NFC built in. Just some of these include the Nikon Coolpix P900, the Canon PowerShot SX720 HS, Sony Cyber-shot DSC-RX10 IV and Sony a6500.

With a longer range than NFC and its ease of use, Bluetooth is growing in popularity as a way of connecting a camera with a computer or device. Because of its easy operation and “always-on” technology, it can be found in a wide variety of devices. They include speakers and fitness wristbands as well as door locks, toys, etc. And all are connected, or paired, via an app on a smartphone. Bluetooth uses less power than NFC or Wi-Fi, so batteries don’t drain as quickly, and it is the easiest wireless connectivity technology to use.

The same can be said for current GoPro, Sony, Olympus and Panasonic cameras, as these manufacturers have also jumped onboard. They also now offer Bluetooth connectivity for nearly all of their cameras and app support. In other words, Bluetooth has become a nearly universal standard for camera–computer communications.

Are Your Customers Overwhelmed?

With so many options and new technologies, it is understandable that some of your customers will be less inclined to use their cameras’ wireless abilities. Furthermore, instruction manuals may not give complete or clear instructions. 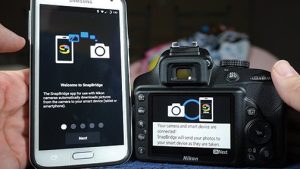 YouTube to the rescue! For nearly every camera with Wi-Fi, NFC and/or Bluetooth wireless capabilities, there is an online tutorial video. These videos provide easy-to-understant step-by-step instructions. Simply search for the camera model and keywords like “wireless,” “how-to,” “connecting” and so on. A few minutes with a how-to video can lead to long-term enjoyment and utility for your customers and their wireless-enabled cameras. Perhaps even have one of these tutorials running at your camera displays as a conversation starter!

And yes, between improvements in signals, easier-to-use software and support from how-to videos, digital cameras and wireless technology are converging more now than ever before. Now if they could just send text messages!