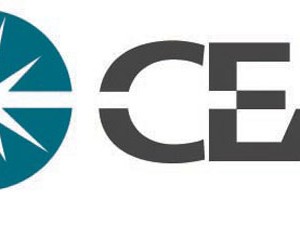 Arlington, VA—The Consumer Electronics Association (CEA) announced the 2015 class of inductees into the Consumer Electronics (CE) Hall of Fame at its annual Digital Patriot’s Dinner. Created in 2000, the CE Hall of Fame honors visionaries in the consumer technology industry who have advanced innovation and developed a foundation for the consumer technologies we enjoy today and others yet to come.

“The 2015 class upholds the best tradition of the CE Hall of Fame program, inspiring us with their vision, passion and dedication,” said CEA president and CEO Gary Shapiro. “I am honored to recognize this group of leaders that has brought innovative products and services to consumers, thereby changing our world.”

The 2015 CE Hall of Fame honorees include inventors, company founders and those who promote technology, as well as the retailers that market and deliver products to consumers.

The new inductees were selected by a panel of media and industry professionals, who judged the nominations submitted online by manufacturers, retailers and industry journalists. Here are the 2015 inductees:

Robert L. Borchardt, president and CEO of Recoton, helped elevate accessories to a profit center for retailers. He grew his company’s revenue from $3 million to just under $1 billion.

George Feldstein, an early pioneer of the modern connected home, brought together integrated system controls for audio and video distribution, lighting, HVAC, home theater systems, intercom and video security through Crestron, a company he founded above a New Jersey delicatessen.

Vic Hayes, founding chairman of the IEEE 802.11 Working Group for Wireless LANs, led the seven-year effort to tame the incompatible and competing wireless protocols and shepherded spectrum allocation issues to establish the Wi-Fi standard. This earned him the nickname the Father of Wi-Fi.

Noel Lee, the founder of Monster Inc., established the high-end audio then high-end video interconnection market, as well as introduced the Beats headphone line. He has been among the industry’s most enthusiastic evangelist for improving consumers’ audio and video enjoyment through accessories.

Bernie Mitchell, as its first director of marketing and later president, helped build Pioneer America into one of the largest marketers of audio products in the U.S., growing from $2 million in sales a year from selling seven products to selling 125 products and generating $238 million per annum.

Dr. Floyd Toole, pioneering psychoacoustic engineer, proved via measurements and scientific methodology what constituted “good” sound. As a result, generations of speaker makers changed how they designed their wares, and his measurement methods have been codified into an industry standard.

Wilfred Schwartz founded and built one of the largest regional CE retail chains, the Federated Group, which grew from a single store in Southern California to more than 90 locations across four states in less than 20 years.

The honorees will be inducted into the CE Hall of Fame in New York in conjunction with CEA’s Innovate! Conference. CEA will host an awards dinner to honor the new class on November 9 at Gotham Hall. ce.org