Arlington, VA—Once again, thought-leaders and visionaries from the technology industries will take the keynote stages at CES 2016. This year’s program also includes C Space Keynotes, presented by MediaLink, on January 7, 2016.

Appointed CEO of Intel Corporation and also elected a member of the board of directors on May 16, 2013, Krzanich is the sixth CEO in Intel’s history. He succeeds Paul S. Otellini. His open-minded approach to problem solving as well as listening to customers’ needs has extended Intel’s product and technology leadership and created billions of dollars in value for the company.

In his preshow keynote, Krzanich will discuss how his focus for 2016 will be on dramatic new ways the consumer world is being reshaped by the expanding boundaries of technology, and the experiences enabled by this transformation.

Furthermore, Intel recently announced a reality competition called America’s Greatest Makers, which will appear in the first half of 2016 across leading networks and properties of Turner Broadcasting. Offering a $1 million grand prize, the challenge will showcase makers inventing wearables and smart connected consumer devices powered by Intel Curie technology.

The many highlights of Shapiro’s career include guiding the industry in its successful transition to HDTV and leading the home recording manufacturers’ battle to preserve the legality of recording technology. Shapiro has testified before Congress on technology and business issues more than 20 times.

Shapiro is the author of CTA’s New York Times best sellers Ninja Innovation: The Ten Killer Strategies of the World’s Most Successful Businesses and The Comeback: How Innovation Will Restore the American Dream. Through these books, as well as TV appearances and op-eds in publications, including the Wall Street Journal, New York Times and Washington Post, Shapiro extolls the importance of innovation in the U.S. economy.

In 1991, Reed founded Pure Software, which made tools for software developers. After a 1995 IPO and several acquisitions, Pure was acquired by Rational Software in 1997. He then cofounded Netflix.

Reed is an active educational philanthropist and served on the California State Board of Education from 2000 to 2004.

He is currently on the board of several educational organizations, including CCSA, Dreambox Learning, KIPP and Pahara. He is also a board member of Facebook and was on the board of Microsoft from 2007 to 2012.

CEO of General Motors since January 15, 2014, under her leadership GM is driving to become the global industry leader in automotive design and technology, product quality and safety, customer care and business results.

Barra began her career with GM in 1980 as a General Motors Institute (Kettering University) co-op student at the Pontiac Motor Division. After graduating in 1990 with a masters in Business Administration from the Stanford Graduate School of Business, she held several executive level positions within GM before becoming CEO in 2014. Barra will discuss how GM is redefining personal mobility during her keynote address.

An established IT and mobile industry leader who is currently the president and chief marketing officer of Samsung Electronics, Dr. Hong is also the head of its Global Marketing Office.

Before assuming his current position, he played a critical role in Samsung Mobile’s emergence among the world’s premiere handset manufacturers and eco-system providers, by introducing the Galaxy franchise to Samsung’s mobile portfolio and by strengthening Samsung’s content services for both Samsung’s mobile devices and its digital appliances. Prior to joining Samsung, Dr. Hong accumulated experience in the mobile industry as a researcher and a businessperson on the cutting edge of mobile technology innovations.

Helping to bridge the gaps between media, marketers and technologists, Kassan founded MediaLink in 2003. As a transformational partner to leading media, marketing and technology companies, MediaLink brings these groups together while balancing strategic insight with pragmatic execution, guiding clients through a fragmented media landscape. 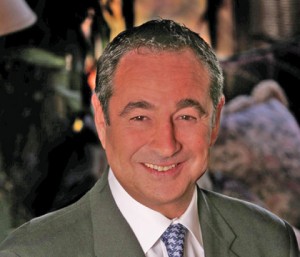 As chairman and CEO, Kassan has led the firm’s expansion from strategic advisory into multiple business lines, including executive search, financial due diligence, agency benchmarking/reviews and trade marketing.

Burke previously served as COO of Comcast Corp. He was a driving force in its growth from a cable industry leader to one of the nation’s leading providers of entertainment, information and communication products and services. Prior to Comcast, Burke served with The Walt Disney Co. as president, ABC Broadcasting (1986). Later he was president and COO of Euro Disney S.A. (1992).

As the chief business officer at YouTube, Kyncl oversees all business functions, including content, sales, marketing, platforms, access as well as strategy. Previously, Kyncl was vice president of Content at Netflix. Kyncl spearheaded Netflix’s content acquisition for streaming TV shows and movies over the Internet. He has been listed in Variety’s 2012 Dealmakers Impact Report as one of their “disruptors” and Vanity Fair’s 2012 as well as 2013 New Establishment List. Kyncl has also been listed on Billboard’s Power 100 List, 2012–2015; Billboard’s 2014 International Power Players List; and also AdWeek’s 2013 Top 50 Execs Who Make the Wheels Turn. He has also served as a member of the Paley Center’s Media Council. cesweb.org