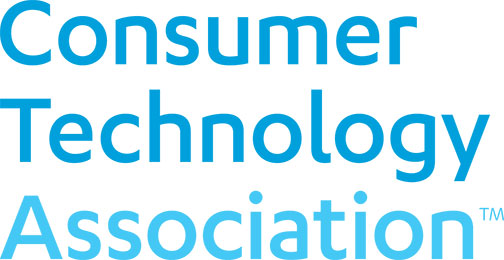 Arlington, VA—The Consumer Technology Association (CTA), a tech trade association as well as the owner and producer of CES, announced the election of its 2018 executive board and board of industry leaders (BIL).

“What an honor to have such a diverse and passionate team of volunteer leaders helping CTA and CES continue to grow and also thrive,” said Gary Shapiro, president and CEO, CTA. “The tech industry is delivering innovations that change lives for the better. And these are the executives helping guide the industry association. I congratulate each of our new volunteer leaders. I also thank them for sharing their experience, energy and vision to championing our mission focused on ensuring innovation improves peoples’ lives.”

Also announced by CTA were the 15 new members of the association’s BIL and executive board during Innovate Celebrate in San Francisco, California. CTA and TechCo cohosted the event.

Joseph Stinziano, executive vice president at Samsung Electronics America, is the newest member of the board, serving as an at-large member. David Hagan, chairman and also CEO, Boingo Wireless, will continue to serve as board chairman. Moreover, Mike Dunn, 20th Century Fox; and Steven Tiffen, the Tiffen Company, are the newly elected vice chairs.

Furthermore, CTA’s Gary Shapiro continues to serve on the association’s executive board, along with Glenda MacMullin, COO and CFO, CTA, serving as treasurer; and Jacqueline Black, manager, office of the president, serving as secretary.

CTA also announced the newest members of the BIL. The BIL serves CTA and the executive board in an advisory role, supporting public policy and association activities.

The new BIL member serving a term through December 31, 2017 is Richard Feller, the owner of Hedgehog Technology Services.

BIL members serving terms through December 31, 2020 include the below names.

Current BIL members who will continue to serve terms through December 31, 2018 include the following.

BIL members serving terms through December 31, 2019 are as follows.

The 2018 division chairs, Investment Committee chair and foundation board chair include the following.

The Consumer Technology Association (CTA) is the trade association representing the $321 billion U.S. consumer technology industry. This industry supports more than 15 million U.S. jobs. More than 2,200 companies—80% are small businesses and start-ups; others are among the world’s best known brands—enjoy the benefits of membership. This includes policy advocacy, market research, technical education, industry promotion, standards development as well as the fostering of business and strategic relationships. In addition, CTA owns and produces CES. Moreover, profits from CES are reinvested into CTA’s industry services. cta.tech