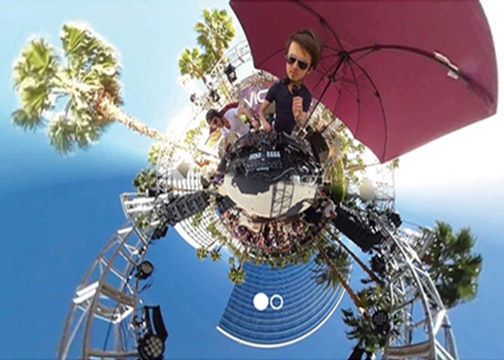 With feature enhancements, the company reinforces its commitment to bring innovative solutions to 360° VR 4K and 3D cameras at more value.

Kodak PixPro cameras have benefited users across various disciplines, from B2B, education and entertainment to health, live events and tourism. To see the advancements end users have made with the PixPro 360° VR 4K and 3D cameras, CES attendees are invited to visit booth #1-21013. Attendees can see firsthand how 360° video and photo technology has been integrated into various industries.

“Our goal is to broaden the reach of Kodak PixPro 360° VR technology and help creatives go beyond traditional video to elevate their craft and provide new audience experiences,” said Paul Meyhoefer, vice president, Sales and Marketing, JK Imaging Ltd. “We consistently hear from individuals and business who have adopted our cameras. So we work tirelessly to provide the most innovative tools to allow even more professionals use this cutting-edge solutions to meet their needs.”

Capturing a wide field of view, the Orbit360 4K and SP360 4K enable users to deliver video with immersive content. Their compact, single-body designs capture 360° video with internal stitching. This permits seamless sharing of 360° photos and videos to social platforms such as Facebook and YouTube.

Moreover, the cameras create 360° VR interactive content that works with third-party solutions. Also, with complimentary PixPro 360 VR Suite software, users can edit and stitch 4K files on Macs and PCs. And both cameras are compatible with a free iOS/Android app for wireless control.

Also on display are the Friendly Zoom point and shoots priced under $100. Joing them are mega long-zoom Astro Zoom cameras. They are priced starting at $129.99 for a 25x zoom model up to $400 for a 65x zoom.