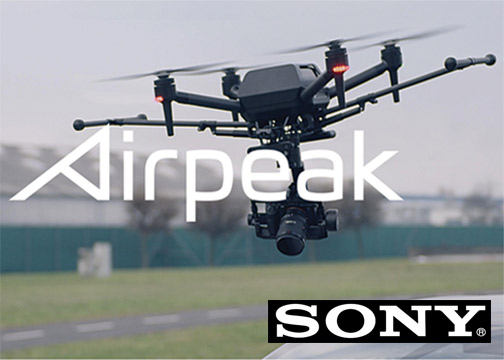 San Diego, CA—Sony Corporation showcased its latest initiatives under the theme of “Redefining Our Future with Tomorrow’s Technologies” at the all-digital CES 2021.

Sony leveraged its 3R Technology—Reality, Real-time and Remote—to inspire Kando (emotion) through the power of entertainment. Its presence at CES 2021 was structured around 12 topics showcasing how 3R technologies are contributing to the latest developments to empower content creation; immersive entertainment experiences; and technology for a better future.

In dedicated online content released for CES 2021, Kenichiro Yoshida, chairman, president and CEO of Sony Corporation, presented Sony’s exhibits. They included the Airpeak drone, PlayStation5 and VISION-S, underlining that “With Sony’s technology, ‘Creativity Has No Limits.’”

Following, Jim Ryan, president and CEO of Sony Interactive Entertainment highlighted the evolution of the PlayStation community. “Our community are networked like never before and are more diverse than they have ever been,” he stated. “And we celebrate and embrace the differing viewpoints and tastes that make up our community.”

The CES exhibit unveiled Sony’s Airpeak drone to the public. It is the world’s smallest drone capable of carrying the Sony Alpha camera system. The Airpeak aircraft is part of Sony’s drone project in the area of AI (artificial intelligence) robotics.

Sony launched the Airpeak brand with the goal to further develop drone technology while achieving value creation. As the first phase of this project, Sony will launch a new business targeted for professional photography and video production in the spring of 2021.

In order to assist the creativity of video creators, the payload of the drone can support an Alpha mirrorless camera to capture full-frame aerial photography as well as video. Moreover, Airpeak “is capable of dynamic filming and precise, stable flight, and aims to contribute to the world of entertainment while also pursuing new possibilities for creative expression,” it was announced.

Sony will continue to post project-related information going forward. It also remains engaged in co-creation activities leading up to the launch of Airpeak to gain feedback from professional drone users.

“Combining our imaging and sensing technological expertise and AI robotics, we open the skies into an infinite creative playground; one with unprecedented freedom. Let us lift you to never-reached creative experience by unleashing all constraints and barriers,” Sony announced.

Sets and locations for film/TV production were captured as 3D volumetric point cloud data. They were processed and rendered by Sony Innovation Studios’ Atom View software and displayed as a background image on a crystal LED display for real-time virtual production.

In addition, Epic Records singer songwriter Madison Beer collaborated with Sony Music Entertainment and Verizon. They created an immersive reality music showcase that reimagined the concert performance experience for viewing across digital platforms. Using the latest innovations in real-time 3D creation technology, Beer transformed into a highly realistic avatar and performed a medley of her latest songs in a virtual recreation of Sony Hall.

In addition, Sony and Virtual Sonics, a music software company, developed the 360 Reality Audio Creative Suite. It is a tool for creating 360 Reality Audio-compatible music that realizes a spatial sound field. It also enables creators and artists to express their music in a 360º spherical field using their existing production platforms.

Also part of Sony’s presentation was the flagship Xperia 5 II 5G smartphone. According to the exhibit, “it captures reality and expands the scope of creators’ expression through the Photography Pro full-scale camera feature.” It also offers Cinematography Pro powered by CineAlta. This allows users to enjoy similar parameters and color settings to enhance the cinematographic shooting experiences.

Also featured was a display that reproduces spatial images in three-dimensions. It enables creators to express their vision when sharing product designs or showing variations in color or shape. With its realism and level of detail, it expands the scope of video expression; for instance, in displays and 3D signage in stores, it allows viewers to see the depth, texture and appearance of the object.

Sony is also launching a live performance video content streaming service. It combines the spatial sound field and images of 360 Reality Audio. Moreover, Sony will launch the service in cooperation with major music labels and streaming services by the end of 2021.

“The listener will experience a sense of presence and immersion as if they were in the same space as the artist,” the company noted. Moreover, before the service is launched, Sony will make available a performance by Zara Larsson as the first video content of 360 Reality Audio.