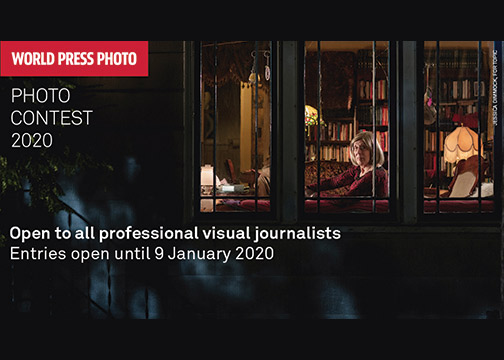 Las Vegas, NV—The 2020 World Press Photo Contest and Digital Storytelling Contest are still open for entries. Entering the contests is free, and all professional visual journalists worldwide are eligible. Entrants must register by January 9 and upload their submissions by January 14, 2020.

The World Press Photo Foundation is campaigning to attract a more representative range of submissions to both contests. It is focusing particularly on increasing the number of participants coming from countries underrepresented in the contests. The foundation also seeks to grow the number of entries from female visual journalists.

“It is important for us to improve representation from underrepresented regions; to encourage a diversity of perspectives and to showcase stories offering a more comprehensive representation of our world. For example, last year only 8% of World Press Photo Contest winners were from Africa; only 5% from South America,” said Anna Lena Mehr.

Moreover, the 2019 Digital Storytelling Contest showed a gender balance of 53% identifying as women and 47% identifying as men (represented by the main visual journalist).