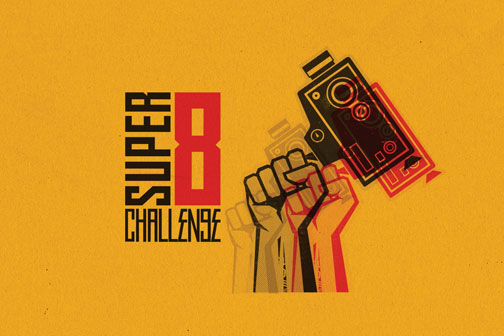 Rochester, NY—Kodak launched the Kodak Super 8 Filmmaking Challenge and is seeking submissions through December 21. The contest is part of its ongoing celebration of 50 years of Super 8 filmmaking.

Additionally, the inaugural online contest is free to enter. The contest is designed to showcase the wide range of creative uses of this small-gauge format by passionate shooters who revere its unique look.

Filmmakers, home movie aficionados, documentarians, sports enthusiasts, musicians, promo/spot creatives as well as experimentalists worldwide are invited to submit clips that were originated on Super 8 film and range from 15 seconds to 5 minutes. Entries are being taken in one of three categories: POV (fiction); Action (lifestyle); and also Flashback (nonfiction).

When the submission period ends, there will be two rounds of voting open to the general public. The semifinalist round will begin December 22. The top three videos in each category based on audience votes, along with two semifinalists from each category chosen by a jury, will be screened at a Kodak event during the Slamdance Film Festival in January 2016.

Fifteen films will be chosen in total. The second stage of voting will determine the overall first-, second- and third-place Audience Award winners.

A professional panel of jurists assembled by Kodak will select the Jury Award semifinalists and winner.

Prizes range from a Kodak PixPro SP360 action camera and a Pro8mm Rhonda Super 8 camera to film stock, processing and swag (valued at $12,500).

The Kodak Super 8 Filmmaking Challenge is hosted on the Audience Awards contest platform. Entrants will need to create a free Audience Awards account. Viewers can sign up for free to watch as well as vote for favorite clips from December 22 to January 25, 2016.

All submissions must be shot on Super 8 film, with or without sound. Hybrid productions need to be comprised of a minimum of 50% Super 8 footage. Clips can be from any year, original pieces of work and also excerpts of longer form projects. They can also be previously exhibited or distributed. kodak.com