blur will be screened as part of Program 19 on August 5 at 9:55 p.m. PDT. Sigma is a manufacturer of still photo and cinema lenses, cameras, flash units and accessories.

blur is the first short film shot with Sigma’s cinema lenses. The film has emotional depth, compelling imagery as well as impassioned narration, the company announced. It tells the story of a father’s love for photography and also how that love both binds his family—past 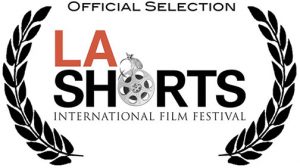 , present and future—and at times drives them apart.

The film was shot in ProRes 444, with a final output to Full HD (1,920×1,080).  The Sigma 18–35mm T2 and the 50–100mm T2 lenses delivered sharp optics and cinematic results. This is said to be true even when shooting wide open at an aperture of T2.0—an aperture rarely seen on cinema zoom lenses. Shooting the film at T2.0 and T4.0, the crew captured bokeh with perfect falloff and smooth skin tones.

Working on a tight turnaround and within confined spaces, Yamanaka and Tateishiteamed up with Mt. MELVIL to help overcome challenges and create the feature-film-quality short film. Mt. MELVIL is a full-service production company located in Hollywood, California

The Introduction to blur

According to Sigma: “Dad wasn’t exactly stylish, and neither were the photographs he took—at least on the surface. But what truth did they conceal? . . . blur brings to the screen an important message, to which [we’ve] adhered since [our] foundation: when people are moved, people are inspired to take photographs. And every photograph, just like every life, is amazing.”