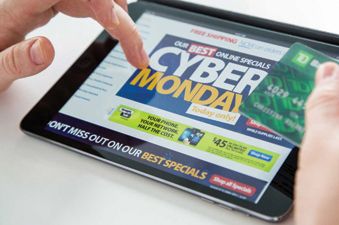 Woodbury, NY—After all the hype and disruption of turkey dinners, online sales were strong on Cyber Monday and throughout the Thanksgiving weekend. It is a positive sign for retailers who are counting on early sales to boost their year-end profits.

IBM reported that Cyber Monday sales were up 8.5% over last year. Furthermore, sales for the period from Thanksgiving through Monday were up 12.6%.

According to Sarah Halzack, the Washington Post’s national retail reporter, “The uptick came even as retailers had offered both in-store and digital deals earlier in November, creating incentives for shoppers to snap up Christmas gifts long before these traditional promotional events arrived.”

Mobile sales continued to remain a factor in cyber sales. IBM reported mobile sales on Cyber Monday were 27.6% higher than in 2013. In addition, mobile devices accounted for more than half of online traffic on Thanksgiving Day. However, the data revealed that smartphones still primarily remain a tool for browsing, not buying. Smartphones accounted for 28.5% of the total online traffic on Cyber Monday. Yet they represented only 9.1% of total online sales.

Big retailers saw a large stream of customers visit their websites on Cyber Monday. According to the Wall Street Journal, Walmart said customers viewed more than 1.5 billion pages on its site between Thanksgiving and Cyber Monday. In addition, there was a higher traffic surge in the evening compared with previous years. Walmart added that about 70% of its online traffic in the five-day period came from mobile devices.

And according to Reuters, U.S. shoppers spent slightly less money at brick-and-mortar stores on Thanksgiving Day and Black Friday than across the same two days in 2013. However, online sales surged to record highs, data showed, on Saturday. Estimates by ShopperTrak point to sales at retail stores totaling about $12.29 billion on Thursday and Friday, down 0.5% from the $12.35 billion spent last year. However, the research firm remained steadfast with its forecast for November and December sales to increase 3.8% over 2013’s figures.

Overall, the data reflects the intense price competition among retailers. They have been discounting by 40% to 70% this year compared with 30% to 50% in the recent past, ShopperTrak founder Bill Martin told Reuters. “I think what we are seeing is those early promotions coupled with some pretty deep discounts,” he said. Martin added he had expected a 0.5% to 1% sales gain.