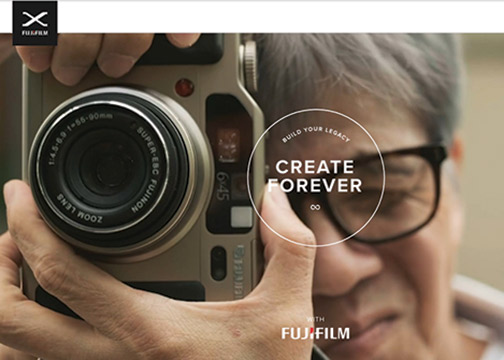 Valhalla, NY—Fujifilm North America Corporation’s Electronic Imaging Division introduced Fujifilm Create Forever. The story-focused content series brings to life stories of triumph, perseverance and purpose, while celebrating the art of photography. It is meant to highlight the importance of creating work with intention and purpose.

Drawing from Fujifilm’s community of image makers, Create Forever provides a place for creatives to find and tell stories. It showcases five inspirational films, which Fujifilm will release weekly beginning September 17, 2019. To achieve this, the company partnered with Muse Storytelling, an Emmy award-winning studio in Portland, Oregon.

“We feel very lucky to have the opportunity to raise up the stories of the creators featured in the Create Forever series,” said Victor Ha, director of Marketing, Electronic Imaging Division, Fujifilm North America Corporation. “I believe we make the best mirrorless digital cameras and lenses in the world; but without stories, and image makers to tell them, we’re incomplete.

“It’s been a privilege for us to invest in a series of work that focuses entirely on creators. We are here because of them; providing an outlet for people to tell their stories has been nothing short of inspirational.”

The Create Forever series speaks to the wider creative community—from Fujifilm’s X-Photographers to image-making hobbyists. It lets them know that “no matter the moment, no matter the struggle, Fujifilm will be alongside them in the pursuit of creating what they love, helping image makers share their perspectives,” Ha added.

The videos within the Create Forever series tell the stories of three Fujifilm image makers: Alison Conklin; Josué Rivas; and Ian MacDonald. They also include two iconic Fujifilm innovators, Sam Minami and Tetsuro Ashida. Each of the storytellers was chosen because of their commitment to the art of storytelling; whether visual, auditory or through a combination of media.

The series also includes a piece by one of the most prolific storytellers in American history, Ira Glass, of NPR’s This American Life fame. Glass’s segment touches on the importance of persistence in crafting and telling one’s story. He reflects back on his own trials and tribulations as a fledgling storyteller, as well as his journey to understanding the art of storytelling.

“Now, more than ever, we believe it’s critical that storytellers understand the importance of harnessing their voice and creating with intention,” said Patrick Moreau, founder of Muse Storytelling. “These videos serve as a beacon for image makers that content created today can, and should, be about far more than likes.”

Moreover, in addition to the videos, Fujifilm and Muse Storytelling will provide a series of Create Forever workshops. They will offer them across four cities in North America, at no charge to registered attendees. The workshops will give creative communities an opportunity to interact with the series’ key players. They will also enable participants to learn about the Muse Storytelling fundamentals that shaped the ethos of this body of work. 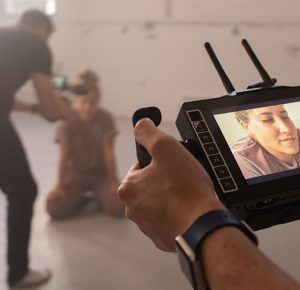 Attendees will also have an opportunity to learn from a curated educational curriculum derived from the key Muse Storytelling concepts that shaped how the Create Forever stories were told.

Following are the workshop locations and dates.