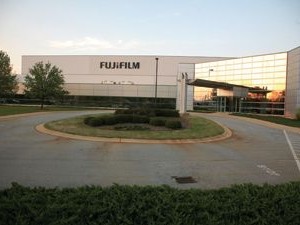 “This is an exciting time for Fujifilm Manufacturing,” said Ueno. “Appointing an American president represents a strong vote of confidence in both the company and its leadership team from the board of directors. It will be a pleasure to watch Fujifilm Manufacturing grow with this transition.”

Todd Croker has a degree in mechanical engineering from Georgia Tech and worked for Procter & Gamble for five years before joining Fujifilm. He began his career with Fujifilm in Greenwood, South Carolina, more than 20 years ago as a member of the factory leadership team for the Fujifilm QuickSnap one-time-use camera factory. Since then, he has held leadership roles in most of the factories on the Greenwood campus and currently serves as the leader for Fujifilm’s North American Manufacturing Council.

With more than twenty-five years of experience in production and operations management, Croker possesses technical expertise, product knowledge and managerial experience that will be beneficial to the operations of Fujifilm’s manufacturing complex in Greenwood.

“I am looking forward to the opportunities this transition presents for both Fujifilm Manufacturing and me,” said Croker. “I am eager to see Fujifilm’s Greenwood manufacturing site grow and become more prosperous. We have the best employees, and with their help, we will remain a leading manufacturer.”