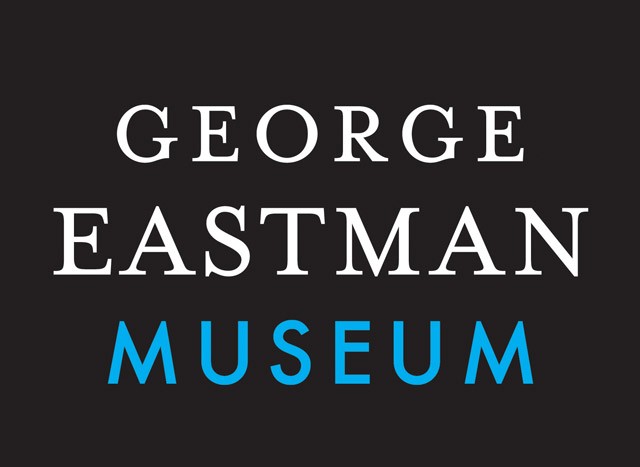 Rochester, NY—The George Eastman Museum has a new name and a new website at eastman.org. Formerly George Eastman House, the institution encompasses one of the world’s foremost museums of photography and cinema. It is also the historic Rochester estate of entrepreneur and philanthropist George Eastman, the pioneer of popular photography.

The museum’s exhibition schedule features contemporary and historic photography, film screenings and collaborative projects with cultural and educational institutions. As a research and teaching institution, the George Eastman Museum has an active publishing program. It also makes contributions in the fields of film preservation and photographic conservation.

“The three-part mission of the George Eastman Museum remains leadership in the fields of photography and cinema; preservation and development of our collections, including the historic mansion and gardens; and service to our communities, in Rochester and beyond,” said Bruce Barnes, the Ron and Donna Fielding director. “Our new name better conveys our institution’s core identity as a dynamic museum with world-class collections in the fields of photography and cinema.”

Each year, the museum presents at least 10 new gallery exhibitions. They include three exhibitions of contemporary artworks in its Project Gallery. It also screens more than 300 films at its Dryden Theatre. These include the Nitrate Picture Show, an annual festival of film preservation. The current main exhibition is an Alvin Langdon Coburn retrospective, with most objects drawn from its own collection.

Major photography exhibitions next year will include Taryn Simon: Birds of the West Indies and Photography and America’s National Parks. The museum also actively organizes traveling exhibitions, including Glorious Technicolor: From George Eastman House and Beyond, a film series that was presented earlier this year at the Berlin Film Festival, Austrian Film Museum and Museum of Modern Art.

Founded in 1947, the institution is the world’s oldest photography museum and one of the oldest film archives. Its holdings comprise more than 450,000 photographs, including the estates of Lewis Wickes Hine, Edward Steichen, Alvin Langdon Coburn, and Nickolas Muray; and 28,000 motion picture films, millions of film stills, tens of thousands of film posters and extensive archival holdings, including the Technicolor archive. It also houses a preeminent collection of photographic and cinematographic technology; one of the leading libraries of books related to photography and cinema; and extensive holdings of documents and other objects related to George Eastman.
It was recently named a Historic Mechanical Engineering Landmark by the American Society of Mechanical Engineers.

“The George Eastman Museum is actively building our collections, with a particular emphasis on photographic and moving image works by contemporary artists from many cultures to complement our great strength in works from the past,” Dr. Barnes continued. “At the same time, we are committed to the preservation and interpretation of George Eastman’s estate, a National Historic Landmark, and are currently making a substantial investment in restoration projects for its original structures.”

The Eastman Museum is a longtime leader in photographic conservation and film preservation. From the late 1980s through 2009, its advanced study programs in photographic conservation, supported by the Andrew W. Mellon Foundation, trained dozens of conservators who transformed their field. In 2013, the Eastman Museum restored the long-lost film Too Much Johnson, directed by Orson Welles in 1938.

As a research institution, the George Eastman Museum has an active publishing program, including The Dawn of Technicolor, 1915–1935, released earlier this year, and two photography books—Photography and America’s National Parks and In the Garden—to be published next year in collaboration with Aperture Foundation.

As a teaching institution, the museum, in partnership with the University of Rochester, offers graduate degree programs in film preservation as well as in photographic preservation and collection management. The museum also offers workshops on photographic processes, attracting participants from across the globe.

A member of the Association of Art Museum Directors, an accredited member of the American Alliance of Museums, and a member of the International Federation of Film Archives, the George Eastman Museum is supported with public funds from the New York State Council on the Arts with the support of Governor Andrew Cuomo and the New York State Legislature, the Institute of Museum and Library Services, the National Endowment for the Arts, the National Endowment for the Humanities, and the County of Monroe, and with private contributions from individuals, corporations and foundations. eastman.org