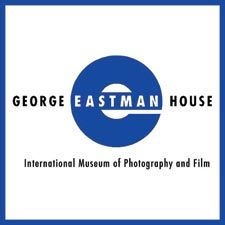 Rochester, NY—George Eastman House will operate a digital laboratory as part of its Moving Image department. This is due to Eastman Kodak Company’s donation of state-of-the-art digital equipment.

The gift will enhance the museum’s in-house capabilities in film preservation and allow broader access to its motion picture collection. The lab will be used for digitizing select titles from the museum’s premier collection of more than 28,000 films. It will also be used for preserving digitally born works.

“With this gift from Kodak, George Eastman House is now one of only a few film archives and museums in the world with the equipment and technology for advanced digital work,” said Bruce Barnes, the Ron and Donna Fielding director of George Eastman House. “We are extremely grateful for the opportunity to improve the quality of our ongoing film preservation program. This will open doors to future collaborations with other collecting institutions.”

The digital lab will be staffed by members of George Eastman House’s Moving Image department beginning this fall. Kyle Alvut will continue to manage the lab as part of the museum’s staff. Alvut was formerly manager of the Film and Digital Systems lab for Kodak’s Entertainment Imaging division. The museum will lease the digital laboratory space from Eastman Kodak Company. The lab is located in Building 205 on the Eastman Business Park campus.

“This is a great outcome for Kodak, George Eastman House and the motion picture archivist community,” said Brad Kruchten, president of Kodak’s Graphics, Entertainment and Commercial Films division, and senior vice President of the company.

“As Kodak’s film business has evolved, we have been able to leverage the infrastructure as well as expertise we have created over the years. And we have repurposed those assets in places where they can provide ongoing value. This is a great example of reapplying some very valuable Kodak resources to create a win-win for our partners and for the motion picture industry as a whole. I am very pleased that Kodak is able to help preserve and expand access to the important works within the museum’s collection. And we welcome the organization to Eastman Business Park as a valued tenant.”

As George Eastman House gradually increases the number of titles from its collection available in both film and digital formats, the digital laboratory will enable screening venues to choose the medium in which they prefer to exhibit these works from the museum’s collection.

“Motion picture film remains the best as well as most durable carrier of moving images. Cinema has thrived for over 120 years in photochemical form. And our museum is committed to preserving and also presenting it as such for posterity,” said Paolo Cherchi Usai, senior curator, Moving Image department, George Eastman House. “Film and digital are different media—each with its own merits. Our institution embraces their coexistence as powerful tools for creativity and knowledge. Our investment in the digital future will be as steadfast as our passion for cinema as an art form.”

The George Eastman House digital laboratory will be available to the museum’s partner archives and museums. The lab will also allow digital restoration to become a major component of the curriculum in the L. Jeffrey Selznick School of Film Preservation. That is the museum’s certificate and graduate program in partnership with the University of Rochester. eastmanhouse.org