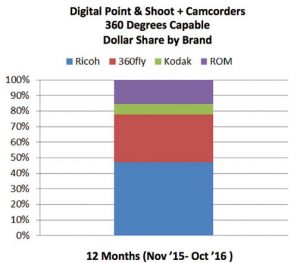 Despite this, the market has grown more than 10 times over the last 12 months (ending October 2016). This is a result of VR consumer products increasing in both popularity and availability.