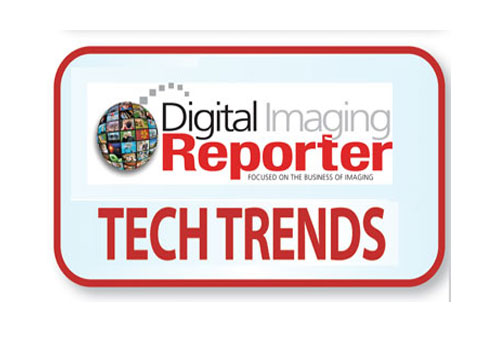 Internet connectivity in digital still cameras is a feature that continues to become more available. And connectivity is the subject of this month’s Tech Trends.

In the 12 months ending February 2016, nearly one-third (32%) of the point-and-shoot compact cameras sold were Wi-Fi connectable. This was an increase from just 18% two years ago. 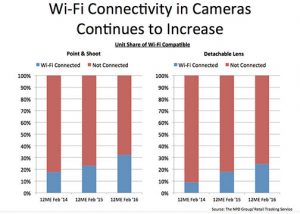 Similarly, a quarter of detachable-lens cameras sold in the last 12 months were Wi-Fi connectable—up from only 9% two years prior. The growth in camera connectivity coincides with a similar increase in the average selling prices of connected cameras.

The average selling price for point-and-shoot compact digital cameras that feature Wi-Fi connectivity in the 12 months ending February increased 5%, compared to the year prior. In addition, prices for connected detachable-lens cameras grew by 3%.—Ben Arnold, Executive Director, The NPD Group