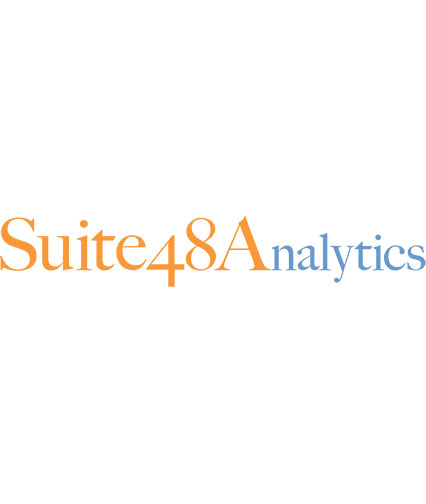 Los Altos, CA—Taking selfies is a mainstream phenomenon that continues in popularity, according to Suite 48 Analytics. Despite subsiding media obsession, selfies continue to gain acceptance among all age groups. They have become an ingrained use case for how today’s smartphone photographers retain and share their visual memories.

Time magazine listed “selfie” among the top 10 buzzwords in 2012. Oxford Dictionaries selected “selfie” as the word of the year in 2013. Scrabble allowed the word “selfie” in 2014. The selfie phenomenon has spread from millennials to mainstream smartphone users in just a matter of a few years. But will it last or is it an overhyped fad that could easily deflate?

However, age was found to have a significant impact on how frequently smartphone photographers take selfies. Those under 25 take more than twice as many selfies with their smartphones as do those who are 25 or older, the study revealed. 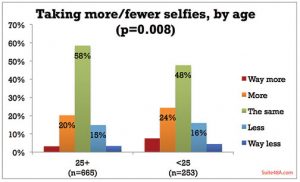 And while selfies are getting less media coverage than in recent years, the study’s respondents report they’re actually taking more of them than they did as recently as six months ago. This increase is most prominent among the younger respondents.

“Even trend-finicky millennials show no signs they’re moving away from selfies,” said Hans Hartman, who conducted the study for Suite 48 Analytics. “Selfies have quickly become an ingrained way of sharing experiences. They may no longer be the hot new thing, but they show no sign of being a fad about to fizzle. We’ve heard similarly premature predictions of imminent demise in the past for photo editing in desktop software. And, more recently, for using creative filters in smartphone apps. But as long as selfies serve genuine user needs, they will be made and shared—whether with smartphones or with a new generation of selfie-optimized capture devices.”