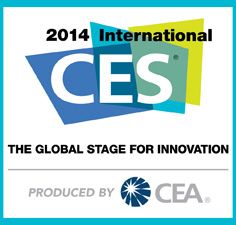 Arlington, VA—This year the 2014 International CES keynote lineup, presented in two separate series, promises a comprehensive snapshot of the consumer technology industry. The Tech Titans keynote series is the stage where CEOs from the most powerful companies in technology present their vision for the upcoming revolutions in products, services and networks that will shape the next wave of innovation. The Technology Innovators keynotes offer insights by innovators, thought leaders and disruptors—the “rock stars” of their industries.

Rupert Stadler, Chairman of the Board of Management, Audi AG
The Cosmopolitan, Chelsea Theater
January 6, 2014, 8:30—9:30 p.m.
Stadler will discuss connectivity technologies and future innovation in the automotive industry and its direct impact on the consumer technology market. Stadler was appointed chairman of the board of management for Audi AG in January 2007. Since joining Audi in 1990, he has held several positions, including commercial director for Volkswagen/Audi España SA and head of the board of management’s office for the Volkswagen group in 1997. He became a member of the Audi AG board in 2003 and was responsible for the company’s financial and organization division.

Gary Shapiro. President and CEO, Consumer Electronics Association
The Venetian, Level 5, Palazzo Ballroom
January 7, 2014, 8:30–9:00 a.m.
Gary Shapiro will present his annual State of the Industry Address. He led the CE industry in its transition to HDTV, cofounded and chaired the HDTV Model Station and served as a leader of the Advanced Television Test Center. He is a charter inductee to the Academy of Digital Television Pioneers and received its highest award. He led the effort to obtain the 2009 cut-off date of analog broadcasting. Shapiro authored CEA’s New York Times bestsellers Ninja Innovation: The Ten Killer Strategies of the World’s Most Successful Businesses (Harper Collins, 2013) and The Comeback: How Innovation Will Restore the American Dream (Beaufort, 2011). He is also a Forbes.com columnist and regular contributor to the Huffington Post, Daily Caller and other publications, helping to direct policymakers and business leaders on the importance of innovation in the U.S. economy.

Kazuo Hirai, President and CEO, Sony Corporation
The Venetian, Level 5, Palazzo Ballroom
January 7, 2014, 8:30–10:00 a.m.
Kazuo (Kaz) Hirai will deliver the opening morning Tech Titans keynote, bringing his unique perspective about the latest innovations occurring at the intersection of content and hardware. Since April 2012, Hirai has been representative corporate executive officer and president and CEO, Sony Corporation. In June 2012 he was appointed a director of the Sony board. He previously served as representative corporate executive officer, executive deputy president, Sony Corporation and president of the Consumer Products & Services group, overseeing Sony’s portfolio of consumer electronics products and digital networked services. From 2006, Hirai served as president and group CEO, SCEI, where he successfully returned the PlayStation business to profit.

Marissa Mayer, CEO, President and Director, Yahoo!
LVH Theater, January 7, 2014, 1:00–2:00 p.m.
Named Yahoo! CEO, president and director in July 2012, Mayer previously was vice president of Local, Maps, and Location Services at Google, where she oversaw product management, engineering, design and strategy for the company’s local and geographical products, including Google Maps, Google Earth, Zagat, Street View and local search, for desktop and mobile. Mayer also held numerous other positions, including engineer, designer, product manager and executive, playing an instrumental role in the growth of Google search from a few hundred thousand to well over a billion searches per day.

John Chambers, Chairman and Chief Executive Officer, Cisco
The Venetian Palazzo Ballroom
January 7, 2014, 4:40 p.m.–5:30 p.m.
Chambers will share his company’s vision for the “Internet of Everything,” which is the networked connection of people, processes, data and things. He has helped grow Cisco from $70 million in 1991 to $1.2 billion when he assumed the role of CEO, to record revenues of $48.6 billion in FY13. In 2006, Chambers was named board chairman. He has received numerous awards during his 18 years at the helm of Cisco. During his tenure, Cisco was named to Fortune’s America’s Most Admired Company list since 1999, ranking number one in the Network Communications category eight times, BusinessWeek’s Top 50 Performers list six times, Forbes’ Leading Companies in the World, and is one of the top 10 places to work in the United States, China, Germany, France, India, UK, Australia, Singapore and several other countries. cesweb.org