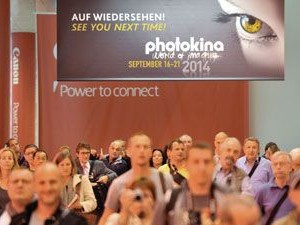 Cologne, Germany—photokina came and went with reviews pointing toward a successful show that left attendees and exhibitors energized. A total of 1,158 exhibitors from 41 countries met with a record-breaking 185,000 attendees from 166 countries. U.S. and Canadian representation were strong, with 84 exhibitors, 500 attendees and 50+ journalists.

Based on post-show feedback, photokina provided North American companies a way to line up export revenue for the next 12 months. Besides good business results, U.S. exhibitors praised the event for its clear segmentation, the ability to obtain OEM contacts and the quality of the attending trade and public.

North American exhibitors were able to connect with attendees from all over the world. Said Lou Schmidt, export manager at Hoodman: “During photokina, we signed photo dealer channel distributors and dealers in more than 20 foreign countries. Selling our optical accessories requires hands-on demonstrations to close deals, photokina provided a setting to meet, demo and close sales in new markets.”

Schmidt’s comments were shared by many midsize to large companies that exhibited, as noted by industry analysts. “When asked about their impression of the show, vendors’ feedback was almost unanimous. Business meetings were very good,” noted Ed Lee, group director at InfoTrends. “I was excited by some of the things I saw, such as the Galaxy camera, the Nikon Coolpix S800c camera and Canon’s project 1709. On the other hand, I think that consumer imaging behaviors are changing at a pace which some vendors are finding hard to keep up with. To date, cameras and printers are the products that have been driving this industry forward. But in the age of apps and instant sharing, this is shifting to GUIs and workflows.

“Looking ahead to photokina 2014,” added Lee, “I expect that camera vendors will focus just as much on the software capabilities in their products as hardware tech specs.”

photokina takes place in September every two years in Cologne, Germany, occupying 10 halls of the Koelnmesse fairgrounds. It brings together the industry, trade, professional users and end-user consumers with a passion for photography. Widely recognized as the leading show for the international photo-imaging industry, photokina captures all segments of the imaging process, from picture taking and processing to storing and sharing. North American companies interested in attending or exhibiting at photokina 2014, September 16–21, 2014, should contact: Ken Dickerson, 773-326-9926, k.dickerson@koelnmessenafta.com. 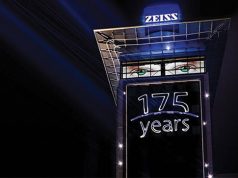