During an on-field ceremony on June 25, 2013, Eliott Peck, senior vice president and general manager, Imaging Technologies & Communications, Canon USA, presented John Walsh, cofounder of NCMEC, with a check that represents the cumulative total of monetary and product donations Canon assisted in raising in 2013. Additionally, the first 18,000 fans who entered the stadium were given Canon and Yankees branded baseball hats.

“It is important for the public to be educated about child safety and how updated digital photos play a large role in increasing the likelihood of recovering missing children,” said Joe Adachi, president and CEO, Canon USA. “We have been working with the National Center for Missing & Exploited Children for 16 years and are honored to be able to celebrate our successes with the New York Yankees for the last decade.”

The long-standing partnership between Canon and NCMEC has helped to educate the public about the issue of missing and exploited children. The Canon4Kids program seeks to raise public awareness about the role photographs play in the recovery of missing children. As part of that program, Canon has donated more than 2,200 pieces of equipment—including digital cameras, fax machines, printers and scanners—that have been distributed to law enforcement agencies in all 50 states, Puerto Rico and Guam.

“Canon has been a dedicated partner of the National Center for Missing & Exploited Children for 16 years, providing its financial support, technology and time,” added John Ryan, president and CEO of NCMEC. “I know that Canon’s commitment to child safety has helped save lives and reunite families, and I look forward to many more years of working together.”

The National Center for Missing & Exploited Children is a 501(c)(3) nonprofit organization established in 1984. Designated by Congress to serve as the nation’s clearinghouse on issues related to missing and exploited children, the organization operates the toll-free 24-hour national missing children’s hotline that has handled more than 3,762,000 calls. It has assisted law enforcement in the recovery of more than 185,000 children.

The organization’s CyberTipline has handled more than 1,916,000 reports of child sexual exploitation and its Child Victim Identification program has reviewed and analyzed more than 89,422,000 child pornography images and videos. The organization works in cooperation with the U.S. Department of Justice’s Office of Juvenile Justice and Delinquency Prevention. missingkids.com 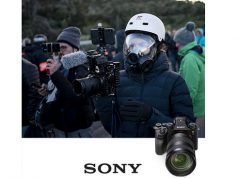 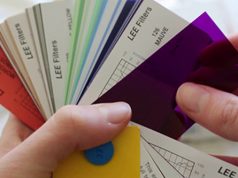